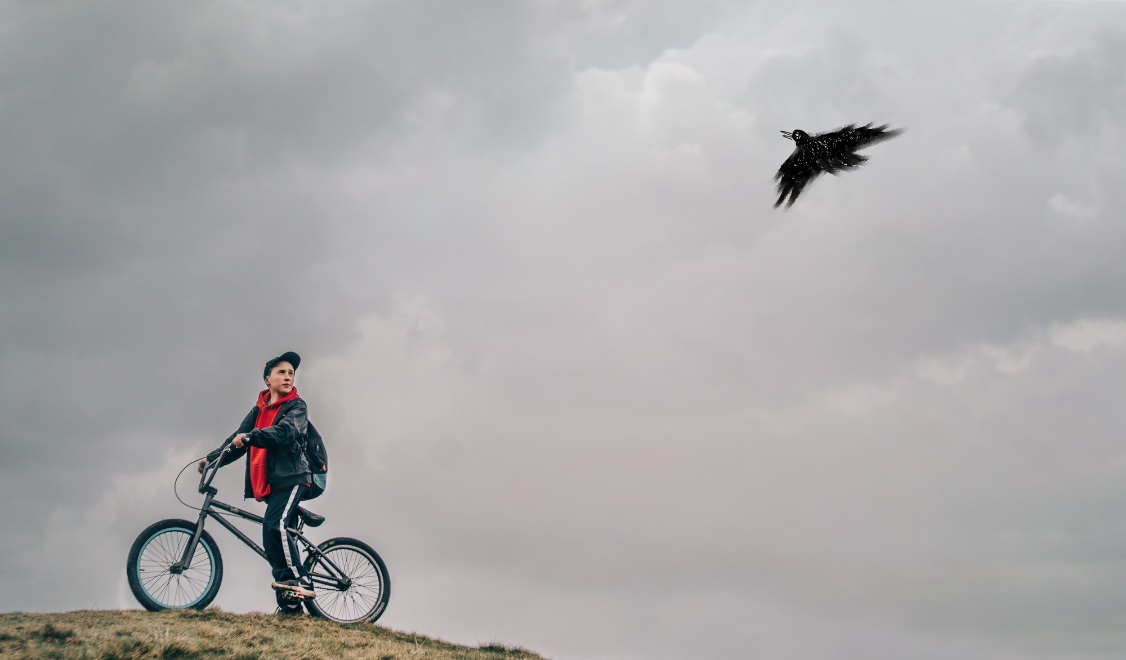 Xana Marwick offers a hard-hitting tale of two lost souls who have been failed by the care system.

A resolutely sad and poignant delve into the lives of two outsiders on the fringe of society take centre stage in Frozen Charlotte’s production of NESTS. Taking place at a run-down caravan in the middle of nowhere (impressively designed by set designer Katy Wilson), a young boy looks for food. During his search, he finds an initially grumpy older man stumbling amongst his bottles of cider at his makeshift home. What starts off as a encounter shrouded by suspicion and weariness begins to resemble a paternal bond, as the two characters find common ground in music and stories. As the two characters slowly begin to reveal their troubled history, it becomes prevalent that these issues are far too common in a society where the care system continues to let down people when they are at their most vulnerable.

Ashleigh More does a commendable job of bringing this troubled 12-year-old to life. Spiked with nervous ticks and a crumpled but defensive body language, it’s a difficult role to portray without slipping into caricature. Nevertheless, she brings a raw, nervous energy to the role that is matched by the wonderful performance by David McKay as the Father. McKay brings gravitas to the character: as the lost soul battling his own mental and physical health issues, he faces some emotionally devastating moments within the play. Still, McKay’s characters attempts to find redemption with his new young friend. A little less effective is the third character in the show, a crow who has befriended the boy. This is created through an impressive use of media, however the effect gradually becomes a bit overused and the crow never quite manages to evolve beyond the metaphor it represents.

The play itself is downbeat despite the few moments of dry humour, therefore at the 90-minute running time, it feels a heavy watch. The play could do with a little trimming to have the effect more defined. However, NESTS is without a doubt a very important piece of theatre that would be worth seeing for teenagers throughout the country. Even the nation’s politicians would benefit from hearing these two characters’ tales.

Xana Marwick’s script is full of telling moments. “We’re all dying,” says the Father at a low point, “Yes, but some of us might be remembered.”, replies the Boy. The drive for hope and something more rises through this solemn tale and the boy finds a goal to achieve come the play’s resolution. It might be a misguided mission the boy sets himself out on, yet it is ultimately one that has finally put a smile on his face – in the hope of saving his new friend.