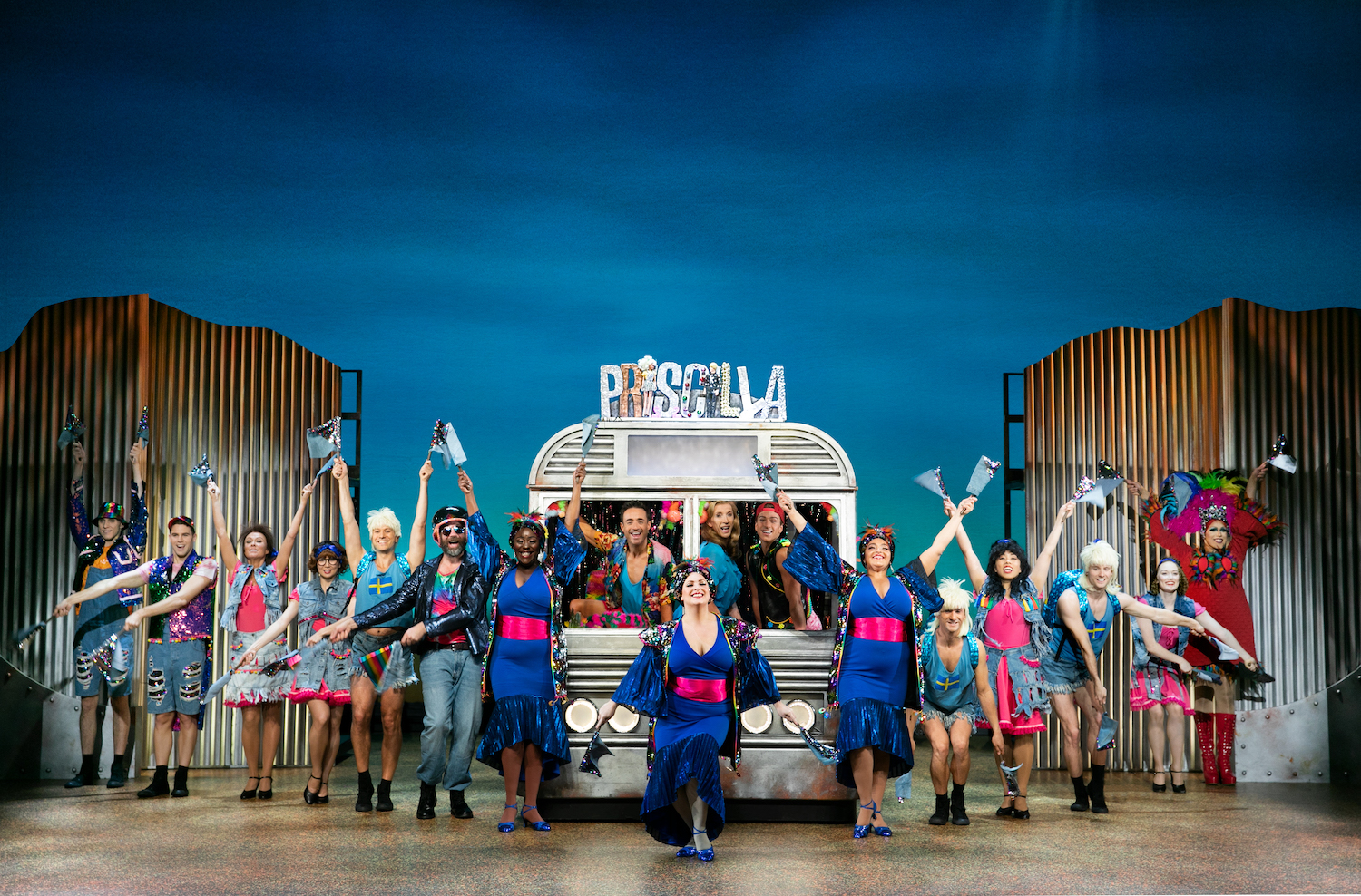 Priscilla, Queen of the Desert

Priscilla, Queen of the Desert is a classic LGBT musical. Produced by Jason Donovan and directed by Ian Talbot, it is currently sashaying across the UK with great success. Its talented cast features Joe McFadden as Tick/Mitzi, Miles Western as Bernadette, and Nick Hayes as Adam/Felicia.

The show’s creators, Stephan Elliott and Allan Scott, harnessed a great catalogue of pop classics to the 1994 film’s slight tale. The show’s magic is in the sheer joie de vivre as it celebrates identity (‘I am what I am’), and in 2019 this core message resonates more than ever.

For those unaware of the story, Priscilla follows two drag artists and a trans woman as they travel from Sydney to Alice Springs to put on a show. However, the story is only a thin pretext  to the musical adventures on the way, and the emotional heart of the piece is the journey itself. While Priscilla (the bus) has mechanical problems, bigger issues are the homophobia and prejudice they meet. Staying strong is the key. The journey creates deep bonds between the travellers, and we soon realise each individual is on their own emotional journey towards acceptance of themselves and each other. The eventual arrival in Alice Springs means more to Tick in particular than at first seems the case. Weel-kent lyrics like ‘I grew strong, and I learned how to get along’ interweave the music and story beautifully.

The show arrests the eyes as well as the ears. From early male gyrations, mesh vests and leather shorts, costume changes come thick, fast and bright. With a myriad of emotional shades in the storylines, it is impressive how well the lighting and ingenious set design combine with the music to dazzle us into positivity. The show rattles along like a drag queen in pursuit of an innuendo. And it’s not just LGBT classics like ‘Go West’ and ‘I Love the Nightlife’; there are several show-stopping highlights. ‘Colour my world’, ‘True Colours’ and ‘MacArthur Park’ all blend into the narrative arcs, the stage a blur of dynamic energy.

Thanks to Strictly Come Dancing, we are already familiar of  Joe McFadden’s engaging personality and nifty footwork. Yet he also brings pathos to the leitmotifs ‘I Say a Little Prayer’ and ‘Always on My Mind’. The lithe Nick Hayes, and the sardonic Miles Western complement McFadden well. As Bernadette – a transgender woman – Western delivers great lines like ‘It’s hard to know where your selfishness ends and your stupidity begins’ with panache. Comic references to ginger nut biscuits and ping-pong balls vie with tenderness and companionship to create a rich palette indeed.

All three principals deliver musical and dance excellence throughout, but the icing on the cake is the ensemble. The Three Divas (Aiesha Pease, Claudia Kariuki and Emma Crossley) sparkle at regular intervals, and others contribute strongly, such as Farrah (Jak Allen-Anderson), Miss Understanding (Kevin Yates), and Bob (the rich-voiced Daniel Fletcher). The marvellously versatile ensemble shows formidable energy and committed, sinuous physicality in varied choreography. You will leave the theatre with images and songs imprinted on your mind. All in all, a splendid evening out; you’d be a fool to miss out.