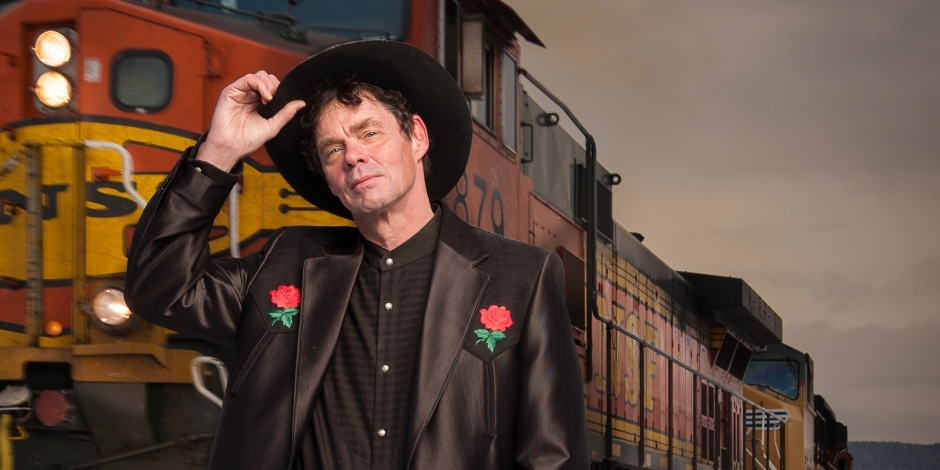 A deadpan delight of stand-up and toe-tapping Americana

It’s been said that comedy is a young person’s game.  There are clearly more than enough old hands around still at the peak of their powers for this to be demonstrable nonsense (Hall himself being a case in point), but, in the case of comedy audiences, one would usually assume that this statement would hold more water; like such frivolity would be best appreciated by youth.  It’s surprising then, and obscurely heart-warming, that The Queen’s Hall is filled with a preponderance of older heads.

It could well be the music as much as the comedy that’s the attraction.  Rich Hall is a brilliant stand-up, but also a fine songwriter and musician, as anyone who has seen his alter-ego Otis Lee Crenshaw would attest.  The evening is split into two sections; the first straight stand-up, and the second featuring Hall’s Hoedown band.  The evening hinges on whether these two disparate portions work as a whole.

The first half sees Hall at his most gruffly charming.  An American with a genuine affinity for our side of the pond, he’s an ideal interpreter of the occasionally baffling ways of the other party in our increasingly strained “special relationship”. Even Hall is at a loss to satisfactorily explain the rise of Trump, although he admits he’s equally baffled when trying to translate the phenomenon of Brexit to those back home in Montana.  Besides the obvious topics, he deals with the American healthcare system, the lack of romance in online dating, and finds kindred spirits in some of the more taciturn, less-forthcoming members of the audience with which he tries to interact. It’s admittedly something of a greatest hits of his work over the last few years, with some of the same routines appearing on his album 3:10 to Humour, but it’s finely-honed and delivered with his irresistible grumpy charisma.

If there was any concern that the second half may see a dip in quality, it was swiftly dispelled.  “Most country music is shit,” Hall says, but is determined that we’ll all love it by the time the evening is over. Accompanied by guitarist Rob Childs and drummer Mark Hewitt, Hall gets to demonstrate his aptitude for improvisation over some very decent tunes.  Very few would actually do-si-do into the realms of a hoedown, but are excellent nonetheless.  Highlights include “The Rose of Hawick“, about the lack of romance in Scottish country due to the proliferation of bizarre town names (this worked doubly as the titular town is the birth place of this reviewer), and a hilarious and tragic chronicling of the sad decline of Bob Dylan, complete with wheezing, off-key harmonica.

Rich Hall’s Hoedown is undoubtedly a man ploughing a very comfortable furrow, but this in no diminishes the enjoyment of the evening.  Hall obviously loves performing in Scotland, and his Hoedown is consistently funny, and often tips over into hilariously. The audience are never less than appreciative, and it would be nice to see a lot of more of this crowd at the likes of the Stand and Monkey Barrel.