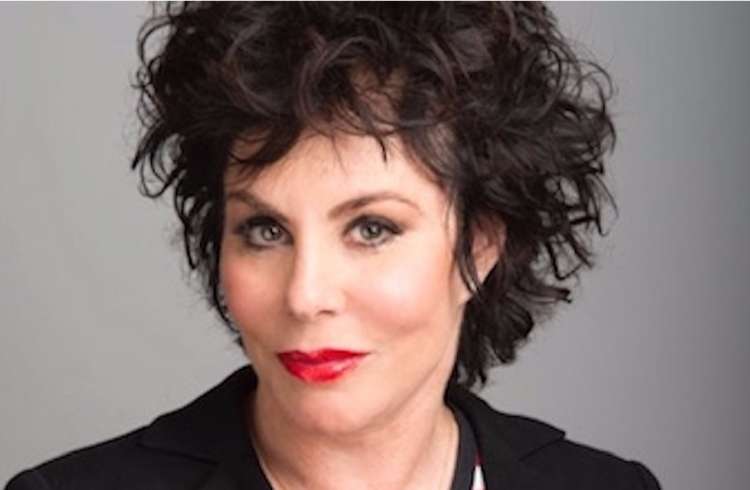 Ruby Wax’s brief – and sold-out – appearance at this year’s Fringe is part stand-up, part one-woman theatre, part motivational seminar. Frazzled is a slightly new slant on the comic’s recent TED talk, books and tours about mental health awareness. The focus of this performance is essentially the practise of mindfulness and Wax champions both the universal benefits of the technique and the effects it has had on her state of mind and wellbeing personally.

Of course there are tangential stories along the way including recollections of her mother and a throwback to her televised 2000 interview with Donald Trump – an experience that surely demands its own new solo show! Wax is a natural raconteur and her vibrant, conversational style are what has made her famous to many after years of TV comedy. And there is a fair assumption in this show that everyone in the audience is familiar with the star needing no introduction to either her or the subject matter. Wax appears on stage and delves into proceedings deftly, with no preamble or opening gags to warm up the crowd. There is even an armchair on stage that she reclines in from time to time creating the intimate illusion that we are all close friends having a chat.

However, for anyone who perhaps hasn’t been following Wax in more recent years and is expecting a straightforward stand-up gig of anecdotes and jokes every ten seconds, you might be left a little unfulfilled. The show is still a comedy, but is punctuated with nuggets of neuroscience and even a couple of quick mindfulness practise techniques. The fairly safe humour seems to please the middle-aged audience, although some lines fall flat including an odd, misjudged rant about people in Hawaii and a subsequent mock dance recital.

Wax’s exuberant personality is enough to engage the audience and her mission to bring mental health awareness to the masses is commendable. Expect to be informed as well as entertained, but perhaps not quite rolling in the aisles.