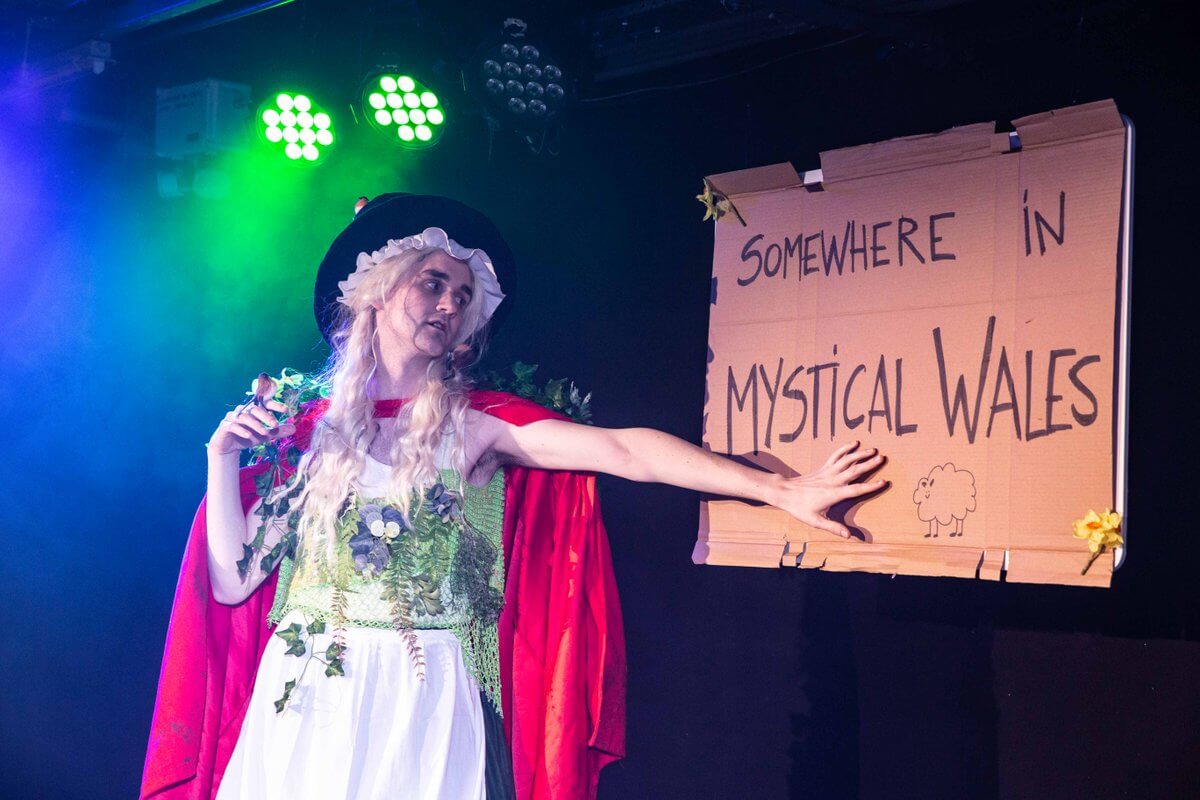 Ryan Lane Will Be There Now in a Minute

Although the show is tightly rehearsed, Lane is at his strongest when interacting with the audience

Ryan Lane’s show is challenging to categorise. It’s a melting pot of character comedy, sketch show, improv, and standup, and hurtles ahead, imploring us to accept this merging of genres and come along for the ride.

Opening with Lane in the guise of Welsh mythic figure Rhiannon, we are immediately in some other realm, and after Lane and audience come to terms with one another, it’s easy to become caught up in the eccentric nature of it all. After searching the crowd for her knight in shining armour and asking us to imagine her invisible horse, the performer carries the madcap humour forward into more characters, all rooted firmly in Welsh culture: a rugby coach, a gossiping pensioner, and a shy teenage boy among others.

Lane is playing with national stereotypes, yes, but also undoubtedly drawing from personal experience. Although the show is tightly rehearsed, Lane is at his strongest when interacting with the audience. He is a natural quick wit and, despite the modest crowd tonight, is confident enough to involve everyone and toy with our responses to his questions. A lesser performer might lose motivation with smaller numbers but Lane doesn’t seem deterred at any point.

Perhaps the momentum slips a little towards the end of the hour, but this is due more to one or two characters who have fewer punchlines to deliver, rather than Lane’s effort. Come the final reprise of the opening persona, the mood is enthusiastic. While the focus of the show isn’t always finite, the piece has taken us on an exploration of Welsh and queer identity, and certainly presents a fascinating glimpse into Lane’s mind and perspective.