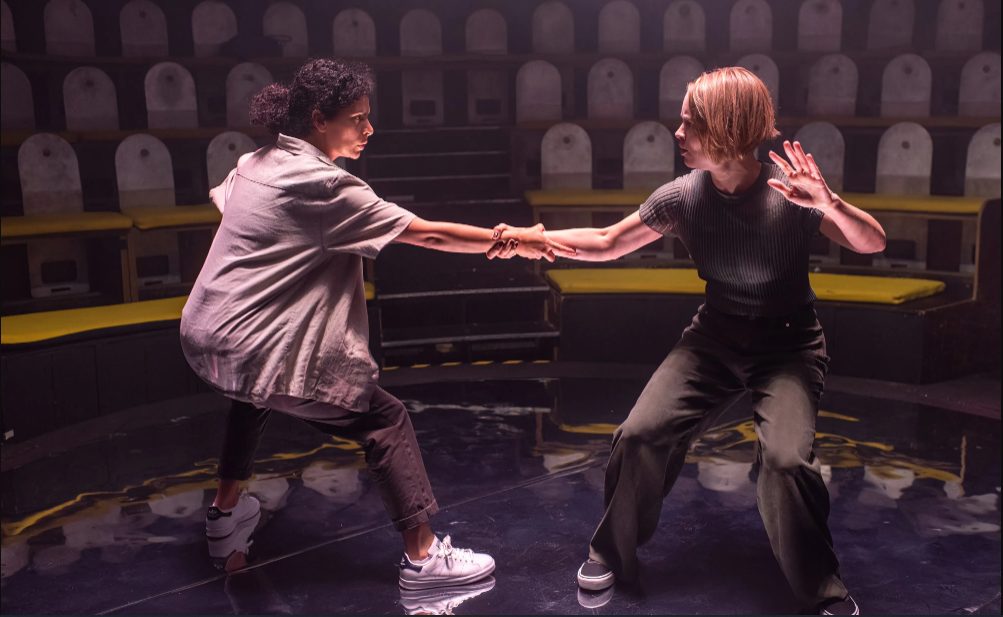 Greek myth with a modern twist

It romps along, with elements of suspense, and a satisfying ending

This is a modern interpretation of the myth of Daphne and Apollo. In the ancient version, Apollo, the God of Hunting, Music and Poetry, offends Eros, the God of Love, who gets revenge by giving Apollo an insatiable lust for Daphne, a tree spirit, and Daphne an unyielding revulsion of Apollo. To escape she turns into a tree.

In this version, Daphne is a bisexual who works for a women’s domestic violence charity and is exploited by the brother of her biphobic girlfriend. There’s a nod to social issues – she discovers bisexuals are more at risk of violence by paying attention to her job – but, in its heart, this is a gothic romance with a sexy villain.

The brother is wealthy and attractive. The girlfriend is attractive, and that’s all we learn about her. Daphne, as played by Jessica Clark is hugely confident, charismatic and attractive, wisecracking her way through her aspirational lifestyle. The biggest sign of trauma is when she throws a wine glass. It’s not entirely clear if she literally turns into a tree, is using trees as a metaphor for escape or is thinking about trees to avoid thinking about her situation, but it all sounds lovely.

It’s a gorgeous script, by Rafaella Marcus. It romps along, with elements of suspense, and a satisfying ending. My audience adored it; it resonated with them as a more glamourous version of real life with its disappointing levels of empowerment.

Rebecca Banatvala playing the brother and the girlfriend gave a solid performance in two underwritten roles. They were mostly there as foils for Daphne’s wit as she told the story to us. The set is nothing but a shiny plastic floor which we’re told not to stand on at the beginning, and then as we’re leaving, the actors’ are sportingly ripping it up from beneath our feet.