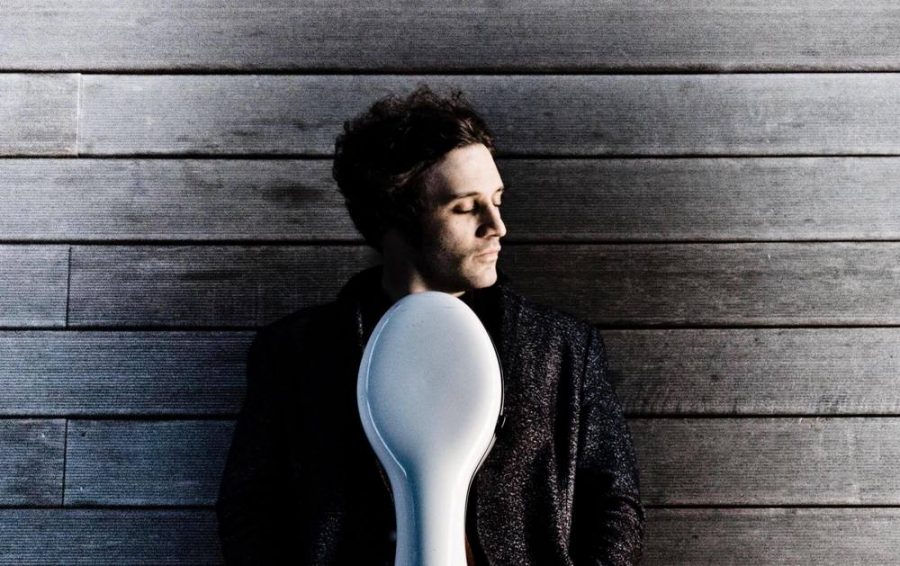 Nicolas Altstaedt shows himself to be a lively conductor!

Last week’s SCO concert was conducted from the keyboard, which was less than successful. This week’s concert is conducted from the cello: how will this go we wonder? The answer is—much better than last week! There is no doubt that Nicolas Altstaedt is a very fine cellist, but he also proves himself to be a very lively conductor (when he isn’t playing the cello)! When he is playing, the conducting is minimal: the occasional flourish of the hands, the occasional look behind (he is centre stage looking frontwards: not the best position to conduct a chamber orchestra). However, as observed last week, the SCO are very good musicians and don’t pay too much attention to conductors anyway!

The concert begins with Wagner’s wonderful Siegfried Idyll, which he wrote for his wife Cosima’s birthday. It was taken from Wagner’s opera Siegfried, and Cosima talks about awaking on the morning of her birthday to the sound of fifteen musicians playing this glorious music—quite a birthday present! Sadly, this is not its best rendition. The opening ethereal passages are messy, and the wind and the strings are not as together as they should be. Perhaps this is because the SCO are missing some major players tonight, including the lead viola and cellist.

The concert continues with Schumann’s Cello Concerto, and Altstaedt confirms that he is one of the world’s leading cellists, with a very spirited and colourful performance. However, the difficulty he has conducting with his back to the orchestra occasionally shows, with the orchestra not quite in step with the cello.

After the interval, we have the world premiere of a new work by Martin Suckling, Meditation (after Donne), based on the famous verse by John Donne, No man is an island. This was commissioned by the SCO to mark the centenary of the Armistice. Bells recorded from all over Scotland are relayed around the hall through four loudspeakers and unified by Suckling’s music: at first harsh to suggest the outbreak of war, later mournful to acknowledge death, and finally into birdsong to symbolise hope. It is interesting and has already been broadcast on Radio 3 as part of their Armistice weekend. Whether it will stand the test of time it is difficult to tell.

Finally, the orchestra are on top form, under the very lively conducting of Altstaedt, playing Beethoven’s Eighth Symphony, which is often neglected because of its better known neighbours the Sixth, Seventh and Ninth. Tonight it positively sparkles, and as Svend McEwan Brown suggests in his programme notes, it seems to incorporate the spirit of Rossini and Haydn in its entertaining and lively melodies. The SCO are at their best in this, perhaps because the musicians are so familiar with the Beethoven, but also, it is suspected, because the conductor is finally fully in charge.