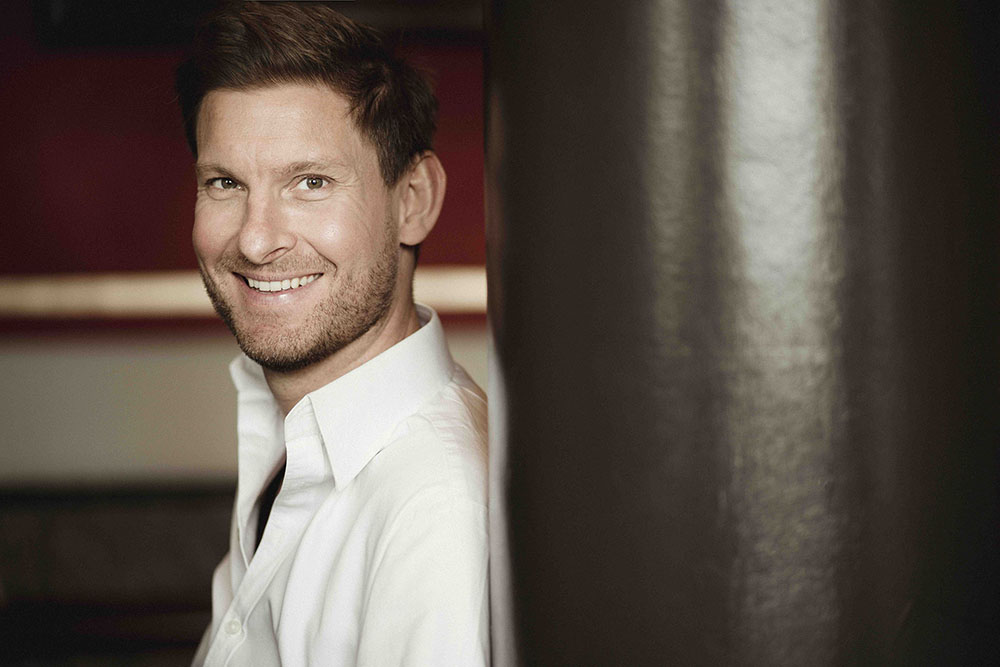 The title of tonight’s concert, Mozart with Bezuidenhout, is a little ambiguous, not to mention a little inaccurate, since the concert begins with a C.P.E. Bach Symphony, before going on to three Mozart works. The star of the evening is the young South African pianist Kristian Bezuidenhout, who is rapidly becoming a star round the world’s concert halls.There is no doubt that he is a fine pianist, as he demonstrates as the soloist in Mozart’s Piano Concerto No. 24. Whether he is a fine conductor is more open to question, since he conducts or directs from the keyboard.

Now of course, there is a long tradition of this, particularly among composers anxious to ensure their works are played properly, as Mozart famously did. John Kitchen, in his very good programme notes, suggests that Mozart was often improvising during the performances of his piano concertos, and that the original piano scores he left were somewhat incomplete! However, Bezuidenhaout isn’t Mozart, and his endeavours to conduct from the keyboard are somewhat crude, and to be truthful, most of the SCO players (who are all, of course, fine musicians) pay little attention to his occasional gestures. Naturally, much of the work in preparing the orchestra for the concert is done in rehearsal, and no doubt he was fine there. However, his occasional flappings in the general direction of the orchestra are somewhat irrelevant.

This conflict between conducting and playing is nowhere more evident than in the first work of the evening, Symphony No. 2 by C.P.E. Bach, where Bezuidenhout conducts from the harpsichord. His attempts at playing the harpsichord are often drowned out by the orchestra, and his attempts at conducting are at best sketchy. Despite this, the music is delightful, the three movements played without break, and as John Kitchen says, the work has a “restless effervescence”: it is a perfect opening work.

The second work is Mozart’s Symphony No. 29, one of his well known “early” symphonies, written when he was eighteen. But then, since Mozart began writing symphonies when he was eight, not surprisingly it sounds very assured! Again, the conducting from the keyboard is vague, but since the musicians are concentrating on their scores, this doesn’t seem to matter too much.

After the interval, we get to appreciate what a fine pianist Bezuidenhout is, with his performance of Mozart’s Piano Concerto No. 24, which many critics say is one of his finest. At its first performance, Beethoven was certainly impressed: he turned to a fellow musician and said, “we shall never be able to do anything like that”! Again, the conducting is rather loose, but the orchestra superbly complement the fine piano playing.

Finally, the concert ends with a lovely little Mozart Rondo, which has only recently been reconstructed from old scores found in the British Library. It is a perfect end to a very pleasant concert, and is well received by a full Queen’s Hall, who are impressed by the pianist’s skill but perhaps not so much by his conducting. However, the SCO are a fine body of musicians, who have demonstrated in the past, that they can play perfectly well without a conductor!