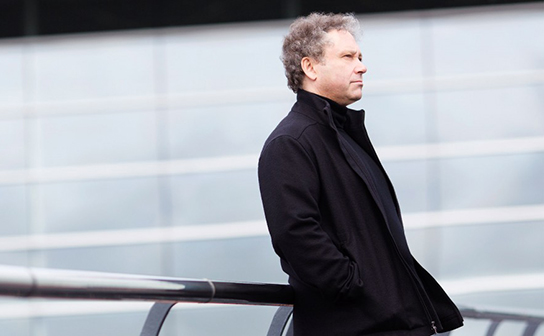 A perfect evening of music.

The Scottish Chamber Orchestra has just returned from a European tour, and they are in great form tonight under the baton of their associate conductor Richard Egarr. Indeed, perhaps they are even playing too loudly for the Queen’s Hall, the orchestra having been pushed forward into the stalls to allow the 50-strong chorus to occupy most of the small stage.

The concert opens with Beethoven’s Coriolan Overture, composed not for Shakespeare’s Coriolanus but for a minor Austrian dramatist’s play. It is a lively opening work, which ends very quietly with fading pizzicato.

The first half concludes with Mozart’s Symphony No. 36 in C, The Linz. Mozart composed this amazing symphony in five days, as a special commission for the city of Linz where he was staying as a guest. It is a very lively work, and his instruction to play the finale Presto ‘as fast as possible’ is carried out speedily by the SCO!

The second half of the concert is opened by a favourite Mozart overture to a favourite opera: The Magic Flute. It is a glorious, colourful overture and is played with great passion by the SCO. However, the main work of the evening is Mozart’s Coronation Mass, a work rarely performed in Scotland, not least because it requires a chorus and four good soloists.

We are blessed with the fine SCO Chorus and a very good cast of soloists: tenor James Gilchrist, soprano Rowan Pierce, mezzo soprano Daniela Lehner and baritone Andrew Foster-Williams. They give a great account of this sublime work by the 23 year old Mozart, which although meant to be a holy work for Easter, at times reminds us of Mozart’s great operas.

Overall, it is a perfect evening of music, reminding us of the magic of Mozart, but also how lucky we are to have the SCO in Scotland.