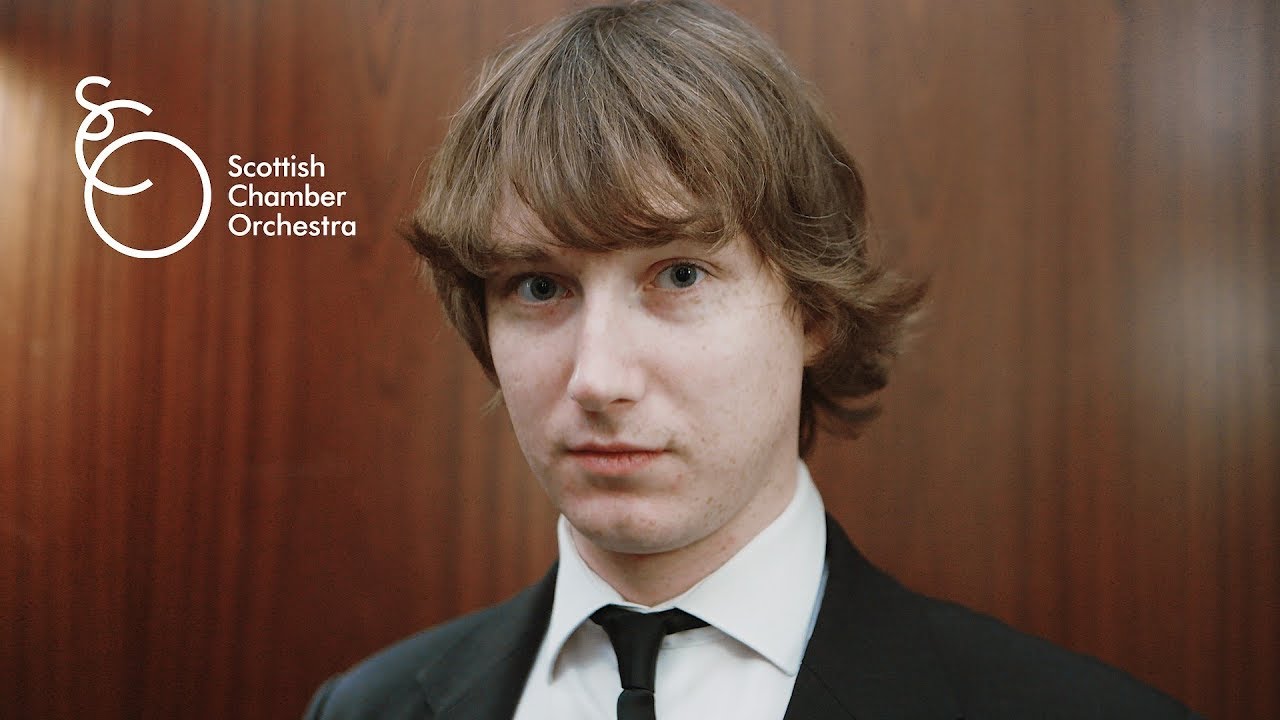 Tonight the Scottish Chamber Orchestra are welcoming their new principal conductor, the very youthful looking Maxim Emelyanychev, who looks about 17 but is actually 31. He is fast becoming an international star; he has conducted at Covent Garden and his first recording with the SCO of Schubert’s Ninth Symphony has just been released to rave reviews. He is joined on the platform by another fast rising international star, German violinist Carolin Widmann, who since winning the International Classic Awards Musician of the Year award in 2013 has become a regular fixture on the concert platforms of the world’s leading orchestras. Her recordings of Mendelssohn and Schumann have been critically acclaimed.

The concert begins with a modern work by French composer Phillipe Hersant, his Five Pieces for Orchestra composed in 1997. These are five short works, one as short as one minute, which attempt to show the diversity of the orchestra, each having a particular theme. They are colourful, entertaining and quite melodic for a modern work and prove to be an entertaining opening, giving the SCO players a chance to demonstrate their skills.

We continue with Prokofiev’s Violin Concerto No. 2 from 1935 before the composer returned to Russia and ran into trouble with the Soviet authorities. It is expertly played by Widmann, from her lovely unaccompanied opening, through her very close interaction with the orchestra under Emelyanychev’s flamboyant conducting in the second movement. She concludes the finale with great energy; special mention is here due to the percussionist for not only managing her drums but also playing castanets to give the work, which was premiered in Madrid, a Spanish flavour. The close working relationship between conductor and soloist is confirmed when Widmann invites the conductor to accompany her on the piano for her encore, Faure’s Berceuse. Emelyanychev is also a fine pianist and will be playing some piano concertos with the SCO later in the season. Tonight he gives us a taster with his sensitive accompaniment in the encore.

The final work after the interval is Mozart’s great symphony, indeed his final symphony, No. 41 in C Major known as ‘Jupiter’. This shows the master at the height of his powers and using every trick in his extensive book, from the striking opening chords, through a tune written for operatic solos, to the clever use of the horn, the muted strings in the slow movement, the dance tune in the minuet and the great finale. The SCO respond well to Emelyanychev’s vigorous conducting and watching him embrace the orchestra members after the concert, it’s clear he has established a great relationship with them. This can only promise a great season ahead.