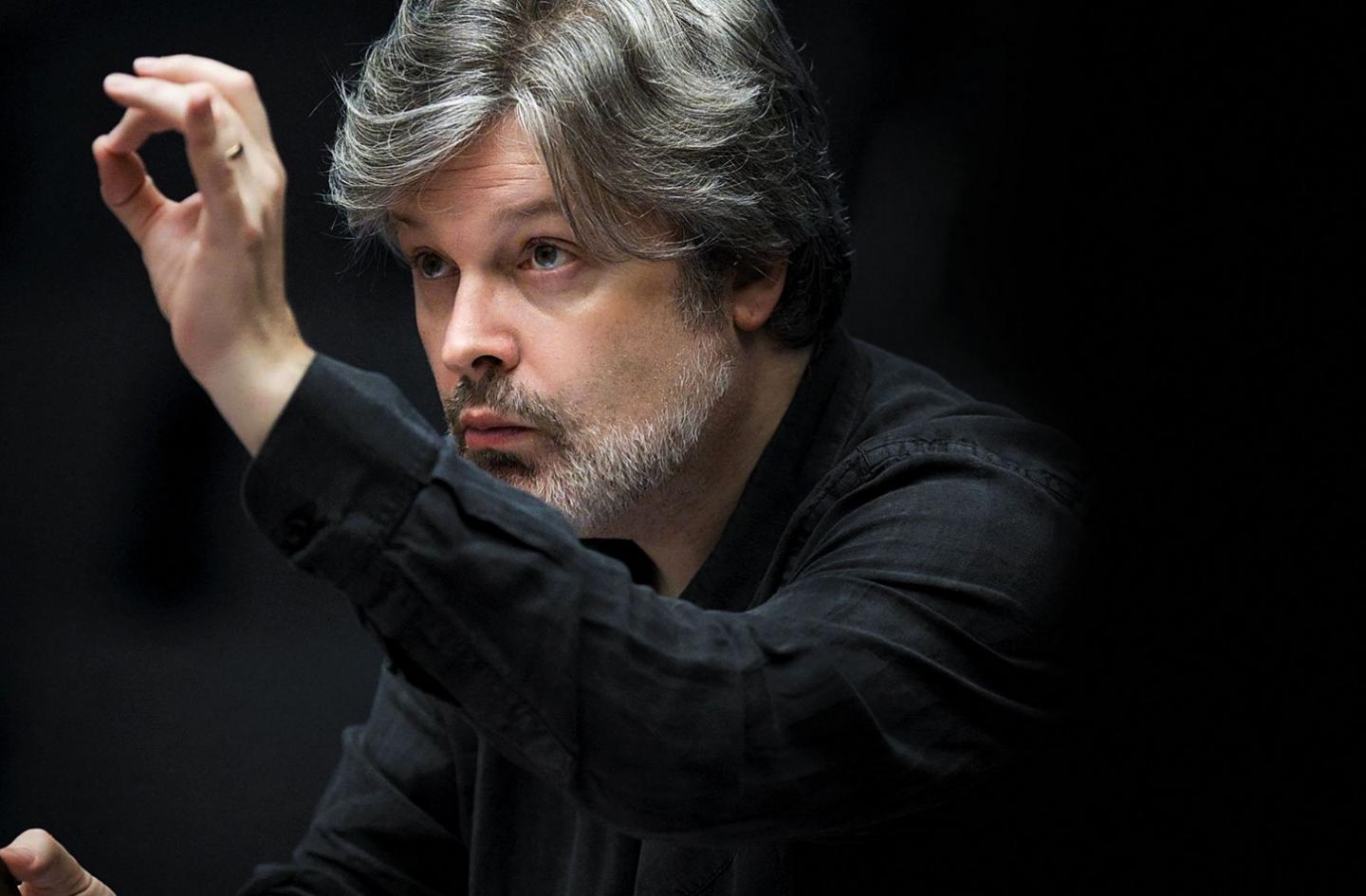 Sir James MacMillan is Scotland’s leading living composer and he has had a long association with the SCO; indeed, they commissioned his most famous work, Veni, Veni, Emmanuel. Originally premiered by Evelyn Glennie, this is one of the most performed works in contemporary music, having had over 500 performances. To mark his 60th birthday this year, the SCO have invited him to conduct tonight’s concert, playing two of his works, and opening with a work that pays tribute to two of his favourite composers.

The Queen’s Hall is very full both downstairs and upstairs, not least because the orchestra are occupying much of the ground floor, pushed forward by the fifty-strong SCO Chorus, and with a long line of percussion instruments in front of it. The concert opens with Arvo Pärt’s Cantus in Memoriam Benjamin Britten written in 1977. This is a melodious minimalist work that begins with a single bell ringing, the strings quietly join in, the central melody is repeated, and finally the bell returns and fades away. The SCO strings are controlled beautifully with MacMillan at the baton, and he shows that his conducting, which has been increasing in recent years, is growing in assurance.

The concert continues with MacMillan’s percussion concerto, Veni, Veni, Emmanuel. It has been performed many times by tonight’s percussionist Colin Currie, who is one of the leading percussionist in the world. He has an extraordinary range of instruments in front of the orchestra, and he dashes energetically back and forward, playing them across the backing of the SCO. A variety of drums, bells, gongs, a vibraphone, wood and cymbals are all are expertly deployed by Currie, and MacMillan and the SCO are perfectly in harmony. Carol Main has very good programme notes explaining the purpose of MacMillan in greeting the advent of Christ. Whether the work succeeds in this respect is questionable, but nevertheless it is a musical pyrotechnic display, which, no doubt, is why it is so popular.

The second MacMillan work in the concert is his Seven Last Words from the Cross, which, of course, deals with Christ’s crucifixion, and since it has a text its meaning is much clearer. This is another extraordinary work by MacMillan and very demanding on the SCO Chorus, under the direction of Gregory Batsleer. It calls for really high soprano work, low bass passages, periods of silence, and outbursts of violence and anguish, as it spells out the different stages of the crucifixion.

It isn’t beautiful, but it is exciting, and the SCO Chorus respond well, as do the orchestra, under the direction of the composer. The very big audience give MacMillan a warm response at its conclusion, and although his birthday isn’t until July, he probably won’t get a better birthday present than this concert.