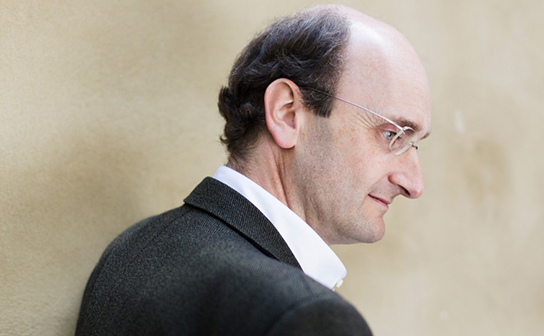 The SCO comes back to Edinburgh with a bang!

The Scottish Chamber Orchestra return from their European tour to the Queen’s Hall tonight, to give a sizzling performance to a very big audience, under the experienced baton of Andrew Manze.

The concert begins with one of Britten’s first major works, his Variations on a Theme of Frank Bridge. This was premiered 80 years ago, yet sounds modern and fresh, and is given a red-hot account by the string section of the SCO.

It is an interesting contrast to the next work, the world premiere of James MacMillan’s Concertino for Horn and Strings, commissioned by the SCO. MacMillan has arguably taken the place of Britten as the UK’s leading living composer. His Horn Concertino is expertly played by the SCO’s principal Horn, Alec Frank-Gemmill, who begins the work from upstairs in the Queen’s Hall gallery, and then slips into the front of the orchestra.

The work is modern, yet melodic, and demonstrates MacMillan’s mastery of composition. In his programme notes, MacMillan notes that this is a reworking of his Horn Quintet for a full string orchestra, but with much new material. It features not only the horn, but also a fine viola solo, which is played superbly by the SCO’s principal viola player, Jane Atkins.

After its ethereal beginning, the Concertino ends with a fade-out, the soloist continuing to play while walking slowly off the stage and down the corridor, slowly slipping out of hearing. It is an interesting device that is often used in the opera house, and is very effective here.

The concert concludes after the interval, with a spirited performance of Beethoven’s Second Symphony. Written over 200 years ago by a composer struggling against growing deafness, it remains a fresh, dynamic work that has stood the test of time. Only history will show whether Britten and MacMillan will be as widely performed in 200 years time, but on the basis of tonight’s performances, they are certainly worth hearing today.