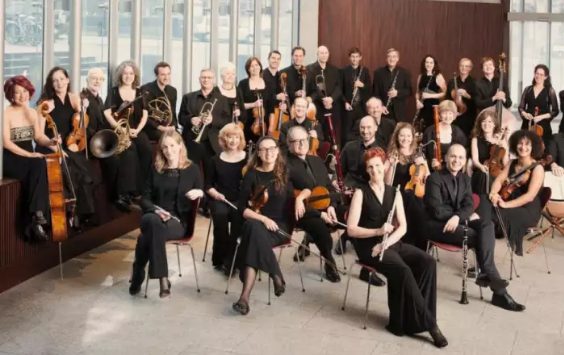 SCO again show their class at the Queen's Hall.

Edinburgh is blessed with a surfeit of great classical music at present, and after the joy of the Scottish Ensemble and Dunedin Concert in recent weeks,  we have the Scottish Chamber Orchestra – three world class chamber music groups in Scotland and all with their funding now assured for the next three years.

The SCO concert’s main work this evening is the Mozart Mass in C Minor but first we have Schubert’s Symphony No. 8, better known as The Unfinished Symphony. Conrad Wilson, the doyen of music critics in Scotland, suggests in his programme notes that there is no great mystery as to why Schubert never finished his symphony: apparently, he simply lost interest in the work and moved on to other things! That is a pity, because what he did write in the first two movements is very good indeed and an expanded SCO make full use of the work to demonstrate their skill to a packed Queen’s Hall audience. Even your critic had to go upstairs!

However, the Mozart Mass is what people have come for, not least for the 50-strong Scottish Chamber Chorus, under their director Gregory Batsleer. They march in at the interval having been warming up vocally nearby, clearly to good effect, as they are in splendid form from the start. They are under the expert guidance of stand-in conductor John Butt (the scheduled conductor being ill), a highly experienced conductor of orchestra and choir.

They are blessed by four very good soloists – in particular, the women – and the Mass is very much a vehicle for the sopranos. Anna Dennis is a superb young soprano and undoubtedly a future star. The Wee Review are sat next to her school music tutor at Bedales who confirms that she was exceptional at an early age. Her power control and melody confirm that tonight. She is ably backed by the fine Scottish soprano Mhairi Lawson, already an international star, but fortunately one that regularly performs in Scotland.

Robin Tritschler is a good young Irish tenor who is making his way up the operatic ladder, particularly with Welsh National Opera. Finally, one always feels sorry for the baritone in the Mass, as he hangs around all evening in order to sing a few lines at the end. However, German baritone Christian Immler does so very well.

The Mass is given a great performance by these fine performers and receives a warm response from a packed audience. It of course resembles more of an opera than a mass as it has great arias, particularly from the sopranos. It is also unfinished, lacking at least an Agnus Dei, but it certainly doesn’t suffer from this. Maybe Mozart thought it made the point without it!