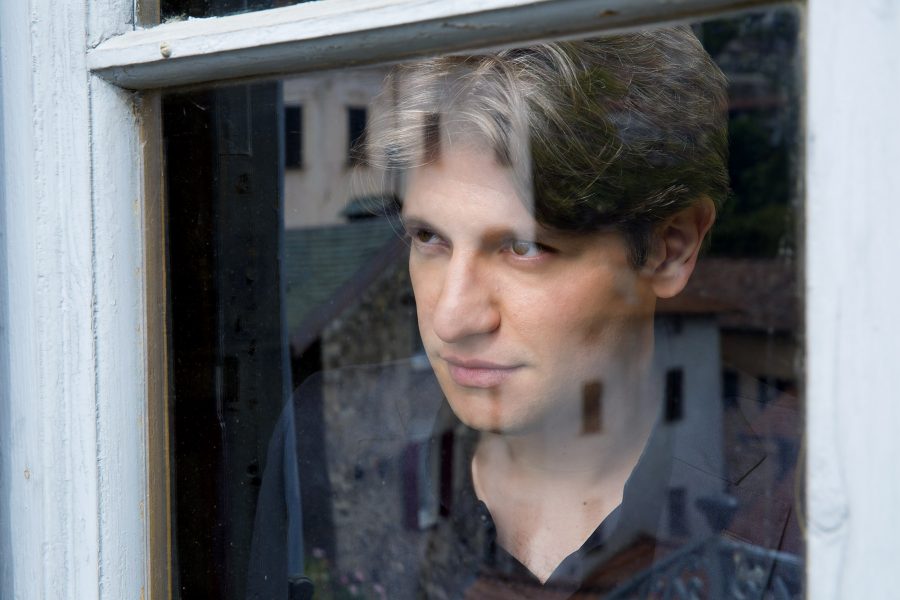 Rustioni is in perfect control of the orchestra.

This is the second of three Mendelssohn concerts the SCO have been putting on over three weeks, to show the genius of this great composer and child prodigy. His first symphony, for example, which we are hearing tonight, was written when he was fifteen! Yet sadly, he died very young, as many composers did in those days, at the age of thirty-eight.

Tonight’s concert is also made special by its guest conductor, a young Italian opera specialist, Daniele Rustioni, who is an absolute delight to watch. Rustioni won the International Opera Award as the best newcomer in 2013, and his very presence on the podium is operatic. He bends and sways and at times almost kneels with the music, and he is very much in command, while remaining in harmony with the musicians.

Rustioni’s impact is evident from the very beginning of the concert, which opens with Rossini’s wonderful overture to L’italiana in Algeri. Swaying on the podium without a note of music in front of him, he leads the orchestra through this effervescent opening, and it has never been played better.

The second work tonight is Respighi’s arrangement of four baroque airs and dances from Renaissance Italy, which are lovely, and given a more contemporary arrangement by Respighi. The final work before the interval is Mendelssohn’s Two Concert Pieces, which also gives the SCO a chance to highlight two of their fine musicians as soloists: Maximiliano Martín and William Stafford on clarinets. They are both superb, and the delightful interaction melodically between them provides a perfect end to the first half of the concert.

After the interval, we are stunned by Mendelssohn’s First Symphony. As Richard Wigmore says in his programme notes: “[this is] surely the most accomplished symphony from a 15 year old in the history of music”. And yes, he meant including Mozart! Indeed, you can hear influences from Mozart in the work, and also the voice of Beethoven, particularly in the finale.

Again, Rustioni is in perfect control of the orchestra, and we are treated to a vivid reading of this young genius’s early work. The audience, including many young musicians from St Mary’s Music School, give the work warm applause and several platform recalls. This is a concert for the delight of the young, by young composers, conducted by a fine young conductor.