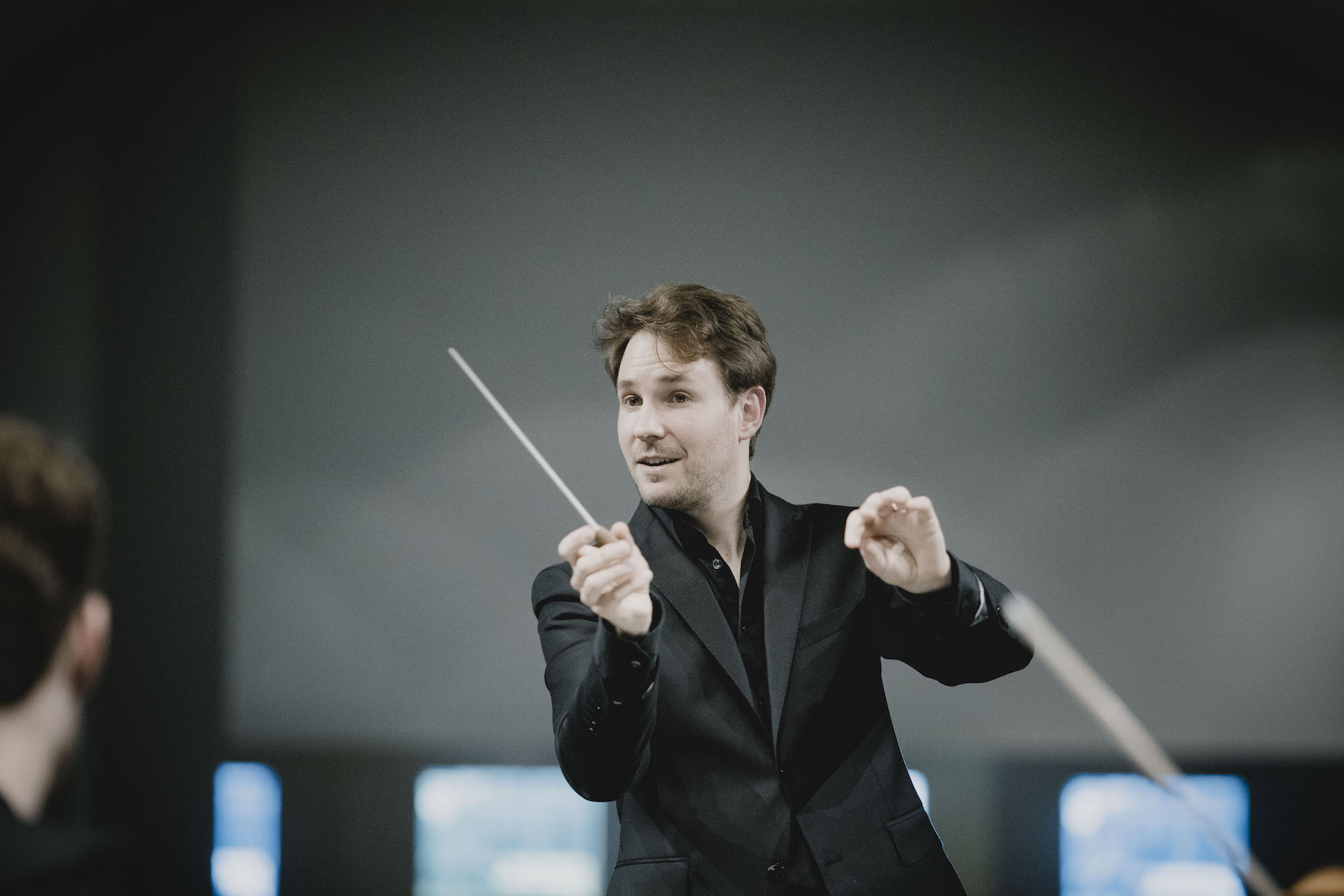 A concert comprising the old and the new: an interesting musical contrast.

An accordion concerto is an unusual item on a SCO concert programme, and its composer, Jonathan Dove, introduces it in a preconcert talk. He explains how tonight’s accordion player, Owen Murray, had originally commissioned Peter Maxwell Davies to write the concerto, but the latter had died before he could begin it. Dove was invited to compose a concerto in his place.

Dove is one of Britain’s most successful young composers with over thirty operatic works to his name, his first opera, Flight, composed in 1998. The latter has become one of the most successful of all contemporary operas, and has been performed all over the world. His latest work, a comedy about Karl Marx, has received good reviews, and Scottish Opera plan to do it soon.

Murray is a Scot who has done much to promote the accordion as a classical instrument, instead of perhaps its more normal place as a folk and dance instrument, and is now the professor of accordion at the Royal Academy of Music. He plays the new work with great sensitivity and evokes the feeling of the northern lights that Dove sought, in tribute to Maxwell Davies.

The other contemporary work in the concert is Hungarian composer György Ligeti’s Concerto Românesc, written in 1951. Ligeti is famous for his rather difficult contemporary atonal compositions, but this early work is a delightful contrast. It is based on traditional Romanian folk tunes transcribed into four movements, but with a touch of modernism thrown. Sadly, this touch was too much for the socialist realist music censors of the day and it was banned for twenty years!

The concert opens and closes with more traditional works. We open with Mozart’s delightful symphony No. 34 in C, written in 1778, which is bright, melodic and Italianate and close with Haydn’s Symphony No. 90 in C, written ten years later in 1788.

The Haydn is a wonderful work, beginning with a slow quiet movement, building up to some big climaxes and ending with some typical Haydn surprises, such as false endings and gaps. The SCO is, of course, in its element with this sort of repertoire, and responds well to the direction from young German conductor, Clemens Schuldt. It is a concert comprising the old and the new: an interesting musical contrast.