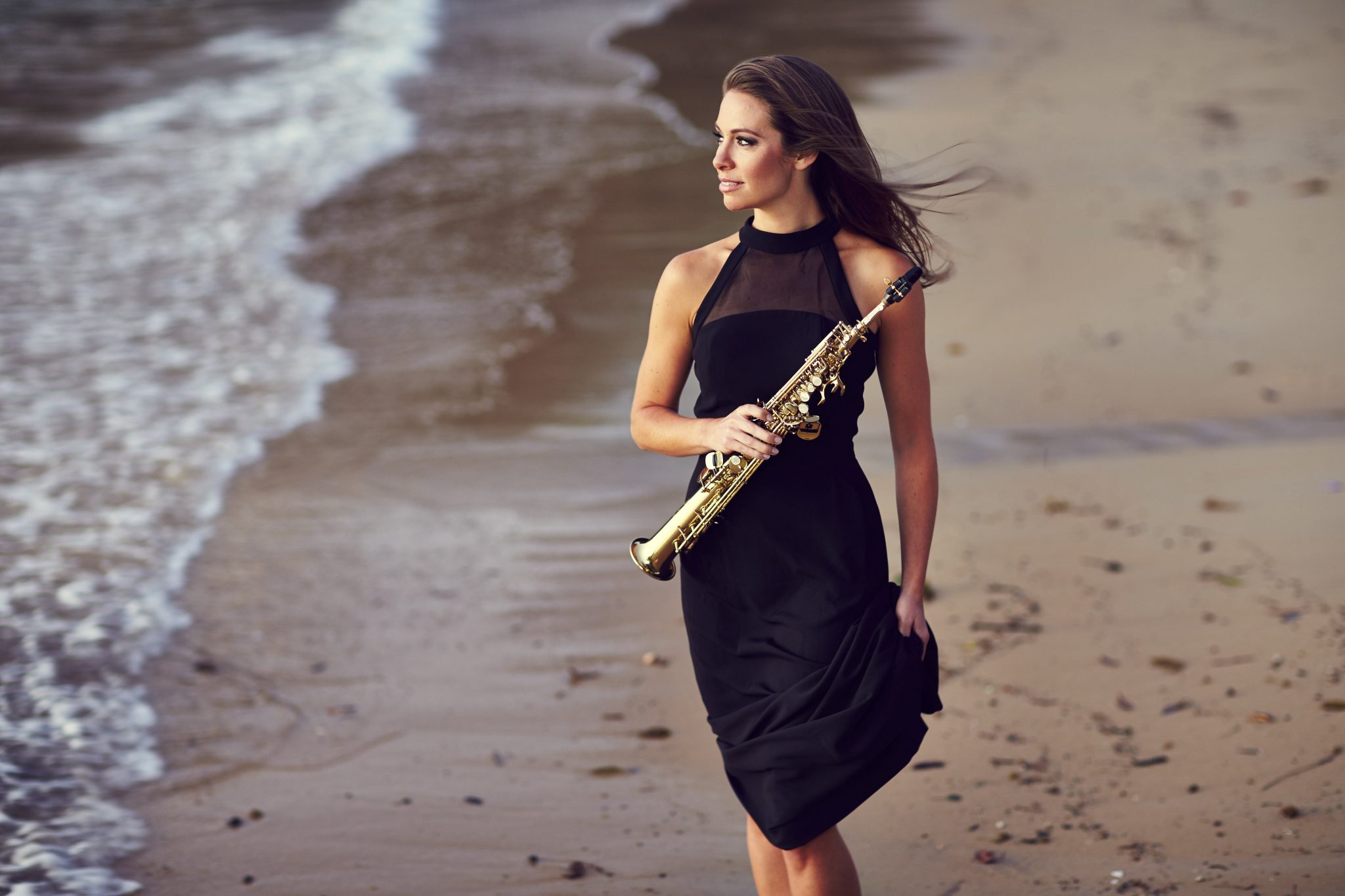 Scotland’s leading composer, Sir James MacMillan, is in attendance at the Queen’s Hall tonight to hear the world premier of his saxophone concerto. It is played by a very fine saxophonist, Amy Dickson, and the Scottish Chamber Orchestra under the expert baton of Joseph Swenson, their former chief conductor.

The concert begins with Sibelius’s incidental music for the play Pelléas et Mélisande by Maurice Maeterlinck. The music is played by an expanded SCO, with a big string section, strong wind and brass sections, and a very loud drummer. Indeed, the drums, situated underneath the wooden balcony of the Queen’s Hall and resonating vividly, are often too loud and tend to drown out the strings and the wind. The music is divided into nine sections, which illustrate the story line of the play very effectively, but since these are separate it doesn’t quite flow, although it is well conducted by Swenson.

The new saxophone concerto, introduced in a preconcert talk by MacMillan, aims to reflect Scottish traditional music. The first movement is meant to echo Scottish dance music, with a March, Strathspey and Reel. The second movement is based on the Western Isles tradition of Gaelic psalm singing, with the saxophone representing the singer and the strings representing the congregation. The final movement is based on Scottish jigs, with the strings creating the main melody using pizzicato, and the saxophone interpreting and extending the tune.

The concerto is superbly played on the soprano saxophone by Dickson, who brings out the melody and the character of this short but vivid work. Afterwards, MacMillan comes on the stage with Dickson, Swenson and the SCO to take a bow, and they get the warm response from a very full Queen’s Hall. Yet again, MacMillan shows why he is Scotland’s leading composer, who is modern yet melodic, and very Scottish.

Dickson impresses us even more in the second half of the concert, opening it with Glazunov’s saxophone concerto, played this time on a tenor sax. The concerto, although fairly contemporary (written in 1934), is in fact very romantic and melodic, and the superb technique of Dickson brings out its colours.

The concert finishes with Beethoven’s Symphony No. 8, what Beethoven called his “little” symphony, because it is much shorter than either his seventh or ninth. Well, it may be shorter but it is no less great than Beethoven’s other symphonies, and the full SCO under Swenson’s dynamic conducting brings out it its vibrant colours and melody. Again, the drums are a bit too loud, but this time the rest of the orchestra are lively enough to be heard.

This is a truly memorable concert: for MacMillan’s new concerto, for Dickson’s superb saxophone playing, for the excellent conducting of Swenson, and for the fine playing of the SCO, even if the drums are a little loud!