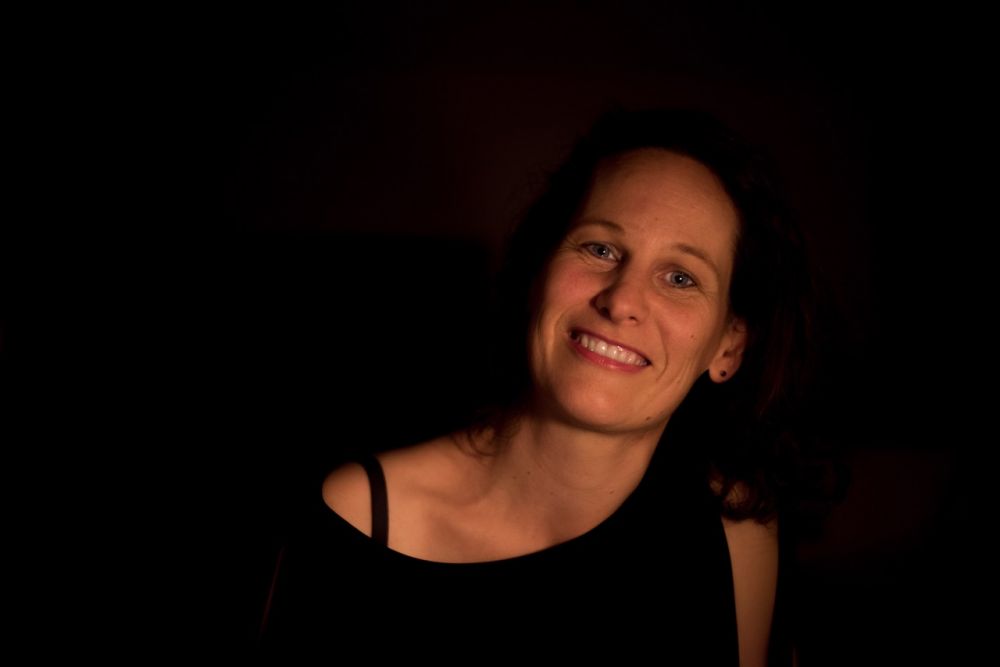 A swinging evening with the strings!

Tonight’s Scottish Ensemble concert at the Queen’s Hall is entitled “Dance Music”, and indeed guest director Malin Broman says if members of the audience feel like it, they can get up and dance in the aisles: but no one does! What this concert is really about is celebrating music that has made people dance through the ages, from music of the baroque era, such as that by Purcell, to music by more contemporary composers, such as Benjamin Britten.

It turns out to be a delightful concert, even without the dancing. The Scottish Ensemble is one of the finest small string orchestras in Britain, and next year they celebrate their 50th anniversary. Tonight, they have a distinct Swedish influence with Broman as their leader on the violin. She is the leader of the Swedish Radio Symphony Orchestra and a former member of the Nash Ensemble.

She is also here with one of her countryman, Rick Stotijn, an extraordinary double bass player who is in demand all over the world as someone who can really make the double bass a solo instrument. The eleven other instrumentalists of the Scottish Ensemble are all superb musicians too, and what’s more, they play together in perfect harmony and look as if they are really enjoying it.

The concert begins with Four Transylvanian Dances by Hungarian composer Sándor Veress, who was taught by the great Hungarian composers Kodály and Bartók, and like them, he was fascinated by Hungarian folk music. This work is his attempt to capture that tradition, although there is also quite a dark movement, which the programme notes suggest reflects that in 1949, at the time of its writing, he was trying to escape the Hungarian communist regime. Apart from this movement, it is full of jolly folk tunes that echo the music of the Hungarians who live in the Transylvanian mountains.

The other work in the first half of the concert is Astor Piazzolla’s The Four Seasons Of Buenos Aires. Piazzolla is seen as the father of “Nuevo Tango”, which takes the traditional music of Argentina (including tango) and fuses it with jazz and classical music to produce this new music. Piazzolla says you can explain Nuevo Tango too much: “you either feel it or not”. The Four Seasons of Beunos Aires is inspired by Vivaldi’s Four Seasons, but as bass soloist Sotjin says, “the weather is a bit different in Buenos Aires”!

What this work does show, apart from the joyful dance music of Argentina, is the wonderful sound of the double bass. Normally providing low register accompaniment in classical music, here it acts as the lead instrument and sings over a wide range of notes and produces amazing sounds. The other musicians are, of course, also important, in particular Broman on the violin and Jane Atkins on the viola. Together, they produce a vivid sensual account of life in Buenos Aires which certainly makes one want to dance.

After the interval, we get a continuous dance concert, with no interruptions, beginning with sedate baroque music from Purcell’s Fairy Queen, followed by the very intense Five Pieces for String Quartet by Erwin Schulhoff. The latter clearly wants us to dance, once saying: “music should first and foremost produce physical pleasures, yes, even ecstasies. […]  finding its expression through rhythmical movement”.

Next is Britten’s wonderful Variations on a Theme of Frank Bridge, which really put Britten’s name on the musical scene. In this work, Britten plays quite a lot with dance, sending up the Viennese waltz as well as Italian opera. Finally, the Ensemble play a big strings version of Schubert’s great string quartet, Death and the Maiden, arranged by Tognetti. This famously contains a tarantella: a very fast “dance of death”, which represents Schubert’s awareness that he would soon be facing death himself.

All are wonderful music, expertly played, but what makes them more dramatic is that the Ensemble moves around the stage between and sometimes within each work. In a way, they are dancing to the music themselves and indeed, in the Purcell, they are playing as they are walking. This is a special concert, which gets a very warm response from the relatively small audience in the Queen’s Hall. We are rewarded with a lovely encore—a Swedish love melody by Larsen—and we then all dance home in the night.