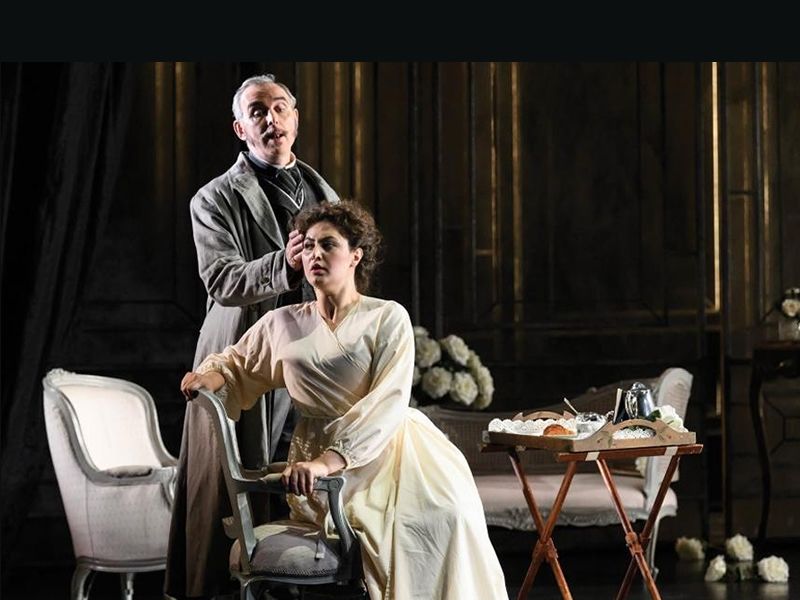 an evening swirling with passion and creativity

Scottish Opera are in town, and the great and the good of the Highlands have certainly turned out in force for this gala concert, drawing on the wealth of Guiseppe Verdi’s much-loved output to deliver The Verdi Collection. There are evening dresses, velvet suits, tartan trousers, jeans and jumpers, white heads, piercings and tattoos: opera, on this occasion, unites a large and varied crowd.

Unusually, the Orchestra of Scottish Opera sits in full view under the baton of Stuart Stratford who addresses the packed audience at Eden Court‘s Empire Theatre at the beginning of the show, briefly introducing the operas featured on the programme and describing Verdi as a master of timing “like Doctor Who”. It’s fair to say that the evening flies by in the company of these skilled instrumentalists and the five soloists who assume a range of roles each.

With simple but effective lighting, the atmosphere of an evening swirling with passion and creativity is set, fittingly beginning with an overture from La Forza del Destino. Jane Monari and Hye-Youn Lee perform a scene from Otello, inhabiting their characters despite the lack of costume and stage set as supertitles allow the audience to understand the original Italian libretto. In the blink of an eye, we are in Spain witnessing Don Carlos, with Jihoon Kim and Roland Wood assuming the roles of King Filippo and Rodrigo. The following solo aria sung by Korean bass Kim is a particularly moving highlight, with the audience fully absorbed in the plight of his jilted king. The velvet-smooth tenor of Christopher Turner joins the cast as the titular Carlo.

Arias from La Traviata, Un Ballo in Maschera, La Forza del Destino and Macbeth follow, taking listeners on a rollercoaster of fury, passion, grief, despair, and elation – no mean feat with the conductor and orchestra so conspicuous. On one occasion, singers interact and sing from behind the stage, giving a real sense of space and rendering the entrances and exits all the more dramatic. At the end of the evening, the cast entertain and delight a jubilant audience with the Drinking Song from La Traviata – a real clap-along favourite which sends us all home humming and ensuring that this performance is nothing short of a triumph.