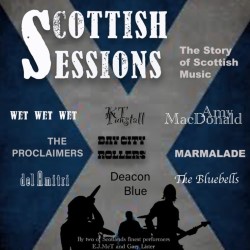 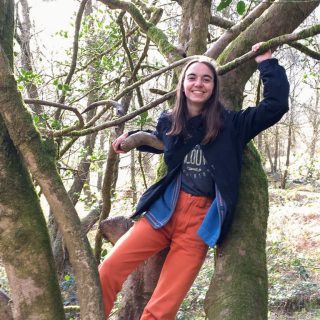 The exuberant crowd don’t need to be told twice

Greeting the audience as warmly and cheerfully as if we were in their own living room, husband and wife team Elsa Jean McTaggart and Gary Lister instantly dispel any preconception that their new show Scottish Sessions: The Story of Scottish Pop Music would be a self-serious or intensely academic project. Singing along is highly encouraged. “The louder you sing, the better we sound,” they joke, and the exuberant crowd don’t need to be told twice.

While Scottish Sessions is making its Fringe debut this year, McTaggart and Lister are no strangers to the festival, having brought acclaimed shows including Eva Cassidy: The Story and Hebridean Fire to Edinburgh for many years. This year sees them return with six shows in total, including a Neil Diamond tribute concert and a showcase of McTaggart’s own music, Elsa McTaggart: Her Story.

Accompanied by drummer Lydia, the multi-instrumentalist pair guide us through Scotland’s biggest and best-remembered hits. Beginning in 1968 with Marmalade’s hit cover of the Beatles’ Ob-La-Di, Ob-La-Da, the show takes us right up to today’s social media trends, with a rendition of the sea shanty Wellerman, in reference to Scottish singer Nathan Evans, who gained fame performing it on TikTok.

Among a range of crowd-pleasers old and new, we are treated to Lister’s rousing interpretation of Deacon Blue’s Dignity; a faithfully jaunty cover of Amy MacDonald’s This Is the Life, and the joyful jangle of the Bluebells’ Young at Heart, complete with an ecstatic fiddle solo from McTaggart.

It’s not hard to tell that the show is in its infancy. There is the odd false-start or slip-up here and there. But such experienced and natural entertainers are Lister and McTaggart that every imperfection is turned into an opportunity for comedic banter with the audience.

The duo finish off with a rollicking performance of I’m Gonna Be (500 Miles), (because how else was a show about Scottish pop ever going to conclude?) But with the audience chipping in with countless suggestions of bands and acts that could be added to the set list, Lister is bang-on when he remarks, “this show could go on forever!”