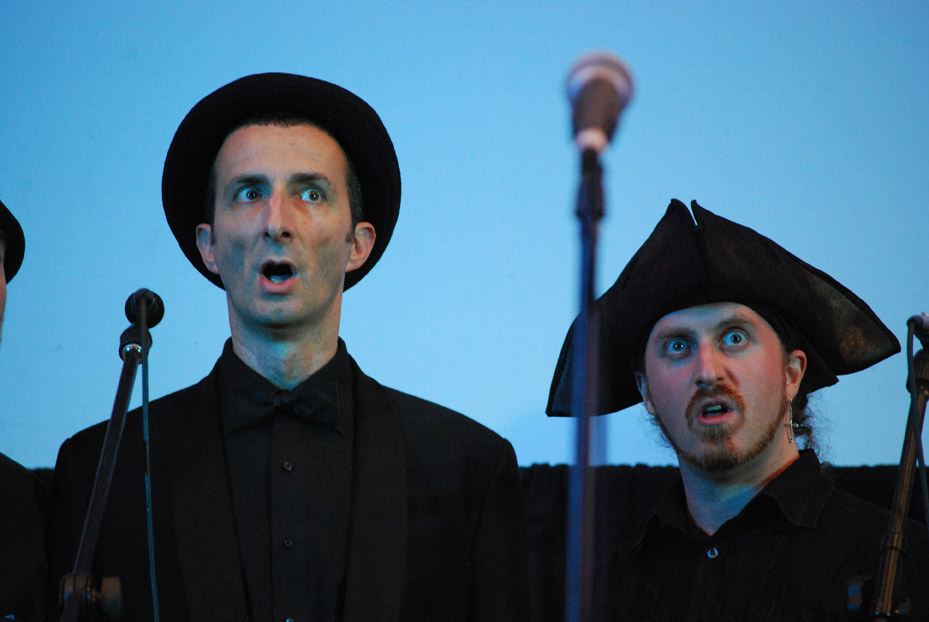 Like everything nowadays, there seems to be less in the packet but costs more and this is true for the Spooky Men. Yet a dozen of them doesn’t diminish the joy of those on-point harmonies directed by the acerbic genius of spookymeister Stephen Taberner.

Taberner pays homage to the Queen’s Hall – which looks amazing after a fairly recent renovation upgrade – and states the Spooky Men are definitely not a men’s group. In fact, there is a lot of gentle ribbing of new-age concepts like affirmations, and the ridiculousness of toxic positivity. Spooky men are not afraid of embracing their inner grumpy and exposing the absurdity of idealism versus reality.

The songs, as fans have come to expect (and are not let down), are a mixture of Georgian table music, sincerely and beautifully delivered (one veers into Ukraine and Crimea in solidarity), the mundanely overlooked (a sublimely gorgeous paean to a foot), a perfect rendition of a Tennyson poem, songs in the style of 60s surf classics and American noir themes, an old favourite (Sweetest Kick) and a couple of covers including an erudite yodelling country version of Bohemian Rapsody. The Second Half song had the feel of a melancholic French film score, whilst the Universal Club song was a delightful cacophonous mess.

The pure heaven of simply listening to live, euphonious male voices feel like the obvious antidote for the anxieties of recent years; the tremendous power of the vocal instrument washes away the stresses of the past few years. Though the audience may not be quite ready to throw themselves wholeheartedly into the singalong encore, it is good to be back with greater appreciation than ever, evident in the immediate standing ovation.