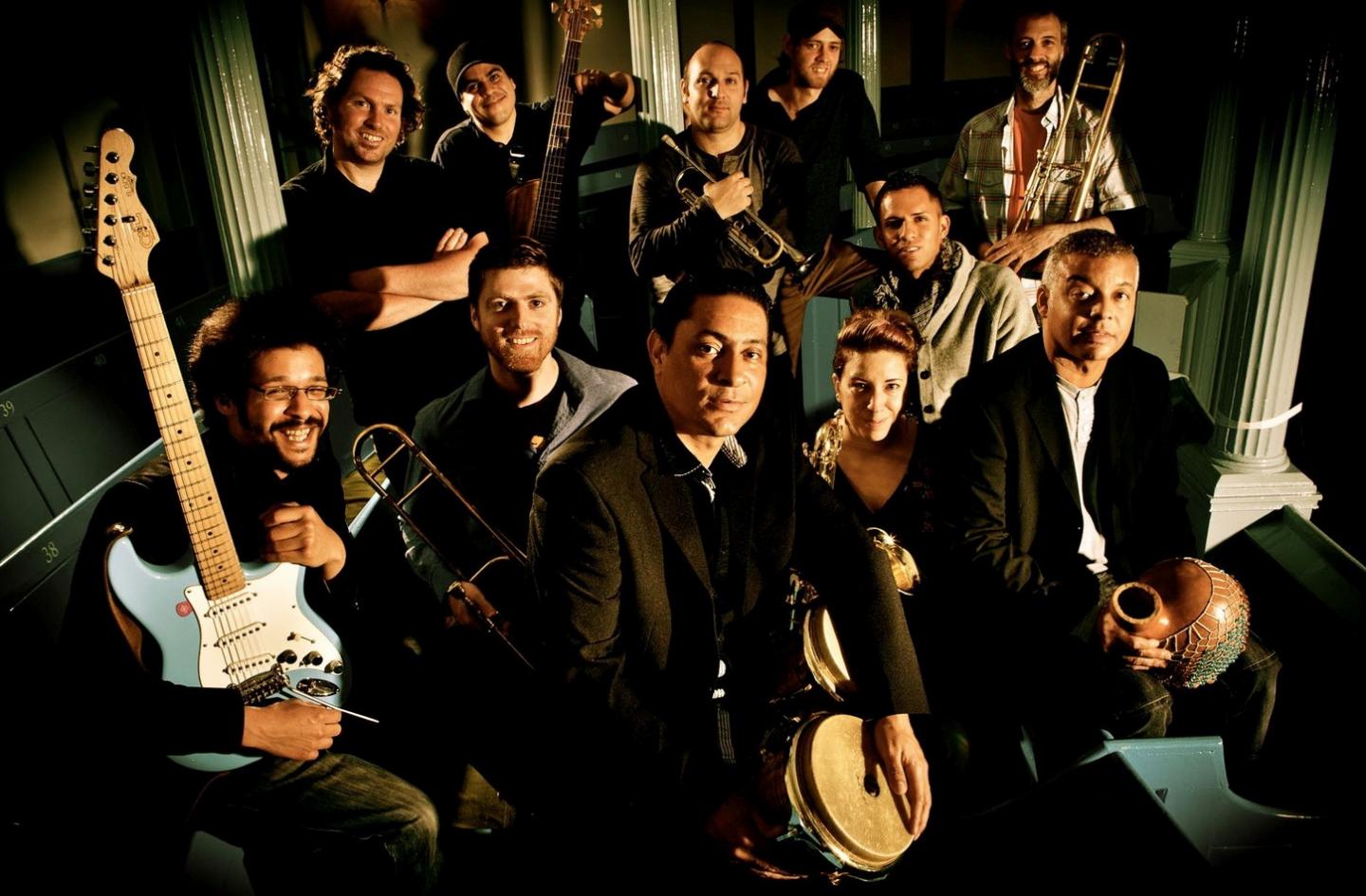 Summer (Solstice) In The City

Latin extravaganza gets the Queen's Hall dancing for Summer Solstice!

This year the Queen’s Hall is celebrating 40 years as a concert venue and this concert is part of that anniversary. I, of course, am old enough to not only remember when the Queen’s Hall became an essential part of Edinburgh’s musical scene, but also before that when it was a Church of Scotland Kirk. No doubt some of the old parishioners might have been a bit shocked to see it tonight. The chairs had all been removed and downstairs had become a dance hall with people dancing away to Latin American music (including your critic!) and, as one church puts it, “dancing can lead to fornication”!

Tonight’s concert is in two parts. Before the interval, we experience a great Spanish evening organised by Alba Flamenca, who have been performing and teaching flamenco for more than ten years. Saliha Haouachi has organised a great show called Flamenco Soul, bringing together Edinburgh-based performers with visiting Spanish singers, dancers and musicians to create the authentic feel of flamenco, what the Spanish call duende, the soul of the music and the culture it represents. There are three fabulous flamenco dancers, all women, and they produce an exceptional programme of dance in solo and duo form. They are backed up by a very fine male flamenco singer and an occasional female singer who also plays keyboard. The main musical accompaniment comes from a superb guitarist backed by a drummer. It’s a small group of performers, but it’s a white hot performance which gets a great response from the 300 or so audience members, many of them standing and swaying to the rhythm of the music.

After the interval the real dancing begins, the music here being provided by Grupo Magnetico who were formed in Edinburgh ten years ago by musicians from Salsa Celtica and others. Their debut album Positivo was released last year and has been a big on the salsa scene. The band comprises a dozen musicians – a five strong driving brass section and guitars, keyboard and rhythm section and two excellent singers, one of whom comes from Cuba. Together they produce a great driving salsa Latina and Cuban sound, almost like the Buena Vista Social Club but with more drive! They quickly have the audience dancing (even your ageing critic!) and we see the variety of dancing on the floor from simple swaying to the beat to elaborate Latino steps which could get them onto Strictly! They also get us singing and clapping our hands to complement their sounds.

This is a great concert to help celebrate 40 years of the Queen’s Hall and to show that even after Edinburgh’s new concert hall opens in a few years’ time there will always be a place on the music scene for the old Kirk. After all, you are unlikely to get wild dancing at the new concert hall!