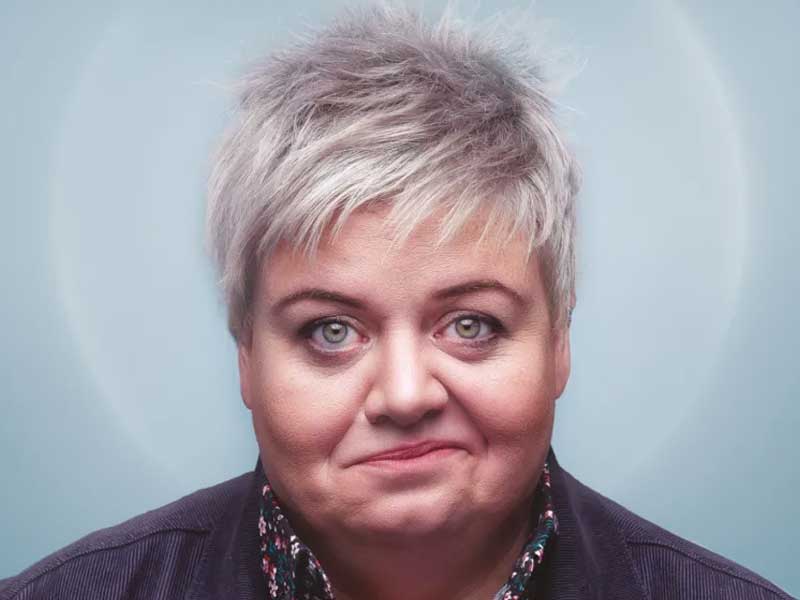 Scottish comic Susie McCabe is effortlessly comfortable on stage. She greets us warmly as if we’ve popped round for a cup of tea and seems thrilled to have the opportunity to entertain us. McCabe is a natural storyteller and tonight regales us with her misadventures and memories of nights out gone awry, forging a connection with us along the way as we recognise many familiar feelings and experiences.

After the usual introductory crowd-work – which she carries out with ease – the routine kicks in, littered with Glaswegian phrases and relatable references. A lot of her humour is based on self-deprecation as well as her temper with others. At the core of the show is her exploration of what it’s like to live with a selfless person – her girlfriend who rescued a local pigeon – and her journey towards becoming a ‘better’ version of herself. Along the way she delivers anecdotes about ageing, being a kid in the 80s and attending the Brownies, hen nights, and her working class childhood in the East End of Glasgow. Her reflection on being raised a Roman Catholic is a particular highlight as she describes her lapsed faith with some brilliant wordplay and knockout observations. Throughout the set she also employs perfectly placed callbacks that grab the audience with hilarious impact.

A final section becomes a little more serious for a moment as McCabe discusses growing up under Thatcherism and the damaging effect of hearing the former PM’s homophobic speeches. It’s a powerful, moving element to the show and perhaps there could be even more of this worked into the set earlier on. As it is, the crowd is fully on board and appreciative that the performer is using her platform to affirm herself and hopefully make a positive impact on others.