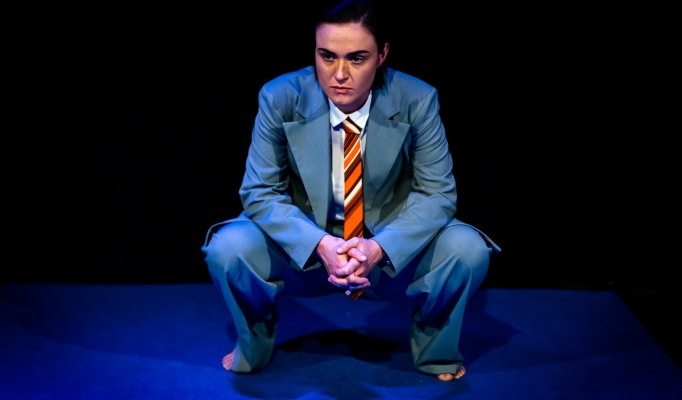 Fascinating depiction of the powerplay between the sexes

A tennis coach is convinced that he holds the secret to championship status. His current best prospect is becoming a bit stubborn, unmalleable. So when a girl with a finely formed forearm crosses his court, he’s curious. Trilby’s drifting – and intrigued. So he sacks the stubborn one and starts over with Trilby who seems perfectly willing to empty her mind of everything but tennis. The partnership proves spectacular until a garage clearout creates an opportunity for Trilby to conjure up opinions of her own.

Tennis is something of a pretext here for Svengali writer and director Eve Nicol to explore the endlessly fascinating dynamic in a relationship between the genders that’s built on a power imbalance. The coach is euphoric while his mind games are working – and even his inner demons are silent – but a late night encounter serves as a bump in the road for both coach and student and their relationship unravels.

In an excellent casting choice, this Svengali is played by a woman, wearing a particularly fetching patterned orange tie. Fascinating that this thin strip of fabric can say so much of the character before a word’s been spoken. Chloe-Ann Tylor is all slicked back hair and cocky swagger, until she’s writhing on the floor with frustration when her protegé outgrows her tennis shoes.

Nicol’s script is beautifully written, eloquently succinct with a wry wit, providing a wholly convincing window into this guy’s head. The production itself is sparing but effectively showcases Tylor’s tremendous performance. The surprise ending saves the play from being a wholly depressing portrait of manhood at its patriarchal best but our protagonist’s sordid pleasure in his control over his pliant pupil is a timely reminder that we’ve got a long way to go before any glass ceilings are smashed.