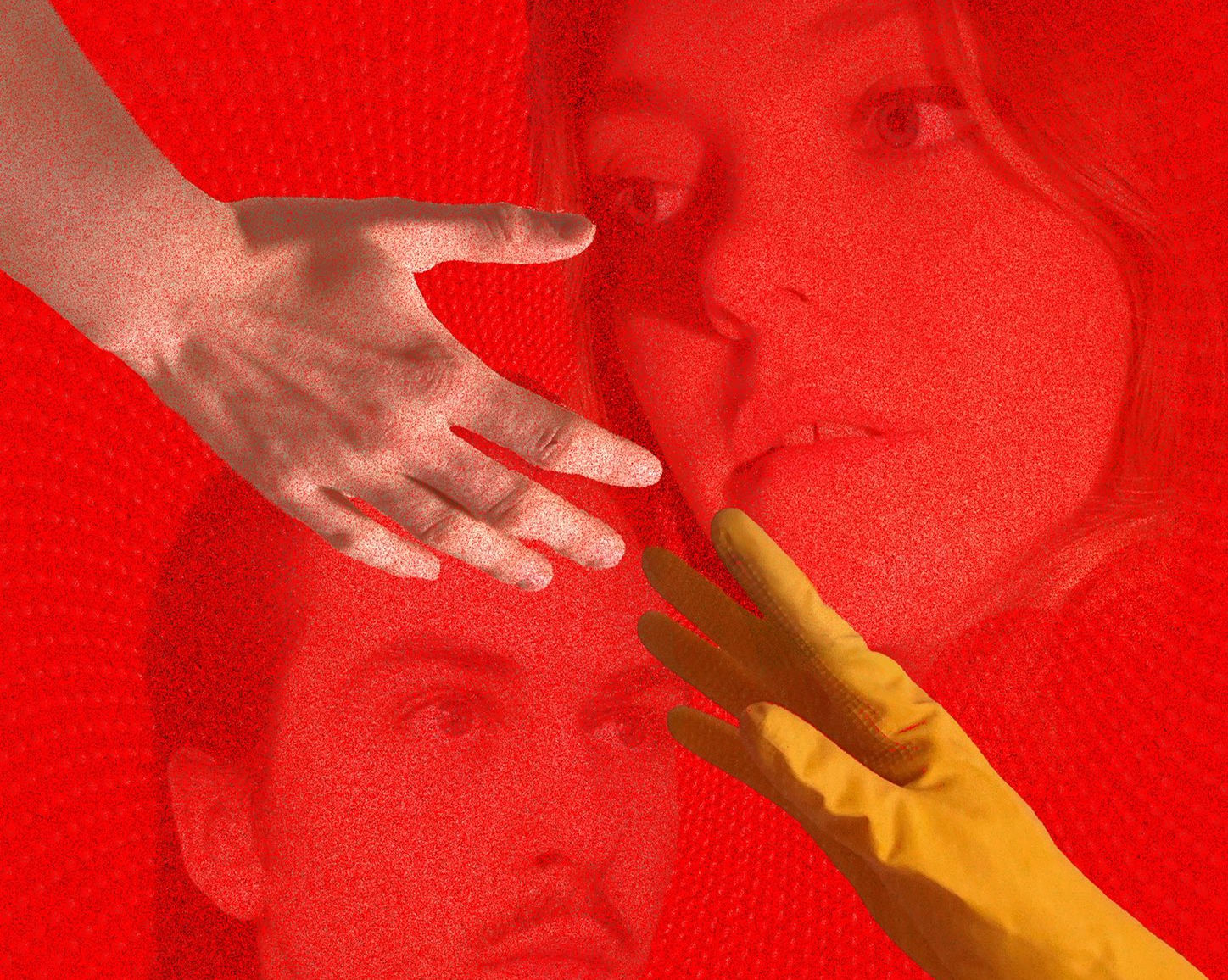 There is more to mine from the impact of lockdown

Swallowed was developed during the two years of Covid lockdowns and social distancing, amidst all the regulations on who we could see and how close we could get. This play is a direct response to that situation, as young lovers Tom and Ally are living separately but yearn to be together while an unnamed infection spreads.

Tom is living independently while Ally cares for her vulnerable mother. Initially their awkward phone sex, and the more successful attempts at playing music, show a happy couple with a nice ease together – even though they occupy separate halves of the stage, separated by a white line. But tensions rise as Ally delays moving to be with Tom because of her mother, and soon she is torn by the conflicting demands placed on her.

Tom and the off-stage mother have diametrically opposed views on how to react to the crisis. Ally’s mother wants them to lock themselves away, whilst Tom continues to party with friends and demands that Ally comes to him. These extreme positions leave the drama with very little room to breathe.

The opportunity for a nuanced look at conflicting demands and moral questions is lost between such stark extremes. Rather than sympathise with Ally’s dilemma, you wonder why she doesn’t just disappear out of both their lives. The nature of the illness and the risks of death are not clear, so it is hard to judge the risks they run; though Ally is certainly fearful, no one close to them seems get ill, and the sense of jeopardy never becomes real.

The performances are nicely judged, especially Lori Stott as Ally who bears the emotional brunt of the crisis. Sam James Smith is also good, but Tom’s immaturity leaves him with little more than petulance. It is interesting to see a show that tackles the Covid years pretty much head on, but there is more to mine from the impact of lockdown on our lives.