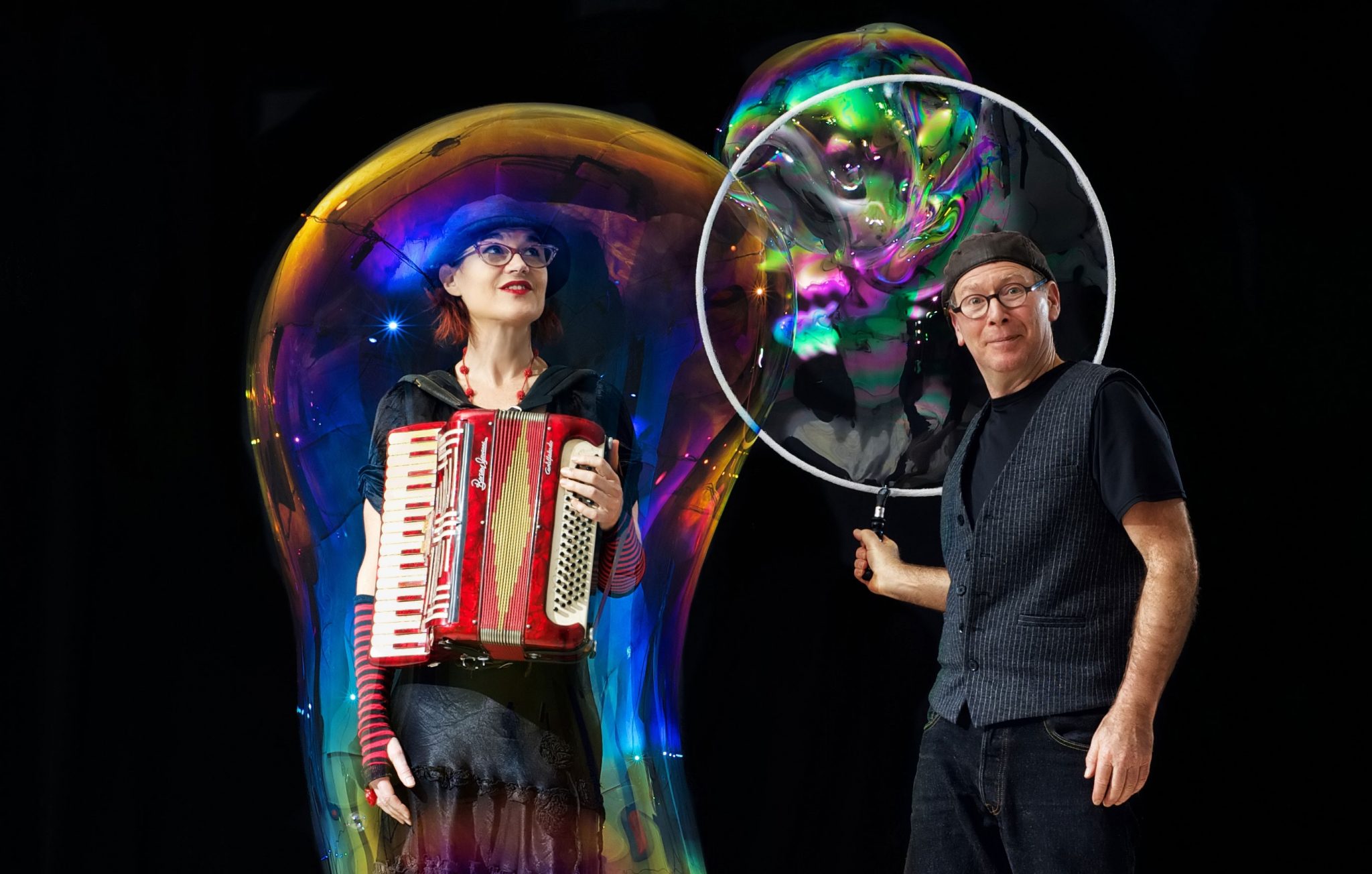 There’s no mystery in this show’s title. The eponymous man is Louis Pearl, who’s been selling out shows at the Fringe for years showcasing his magical bubble skills. After a tricky start with some audio issues, he is on stage at the Underbelly George Square to captivate us with bubbles made from anything we can imagine: a piece of string, a plastic chain, a sword, a croc! Once the audio is up and running, scat singing, beat-boxing and comical sound effects – courtesy of musician Jet Black Pearl – are used to enhance the bubble trickery and keep the pace jiving along (even if a bubble bursts pre-emptively now and again).

What is particularly impressive is when Pearl leaves the props aside and relies only on his gloved hands to create the ethereal gymnastics, blowing through gaps in his fingers and fanning bubbles around the stage. There’s also a little science thrown in during the ‘battle of gravity versus surface tension’ and he later discuss the chemical makeup of bubbles. This well-balanced act manages to hold our attention for the duration of the show as we anticipate what feat is coming next. One of the most visually exciting tricks is the lights-off laser displays – which the crowd could have happily lapped up much more of, although it only makes a brief reappearance in the finale.

The kids (and even one or two parents) have plenty of opportunities to participate throughout, whether they’re blowing bubbles themselves or taking part in wacky experiments. Even those who aren’t chosen to join Pearl on stage are encouraged to call out and cheer as if we’re at a panto. The show is one giant, joyous caper and the star certainly reaches his key demographic: the eight year-old seated beside this reviewer summed it up neatly during the show, proclaiming after one nifty manoeuvre, ‘he sure is the amazing bubble man.’