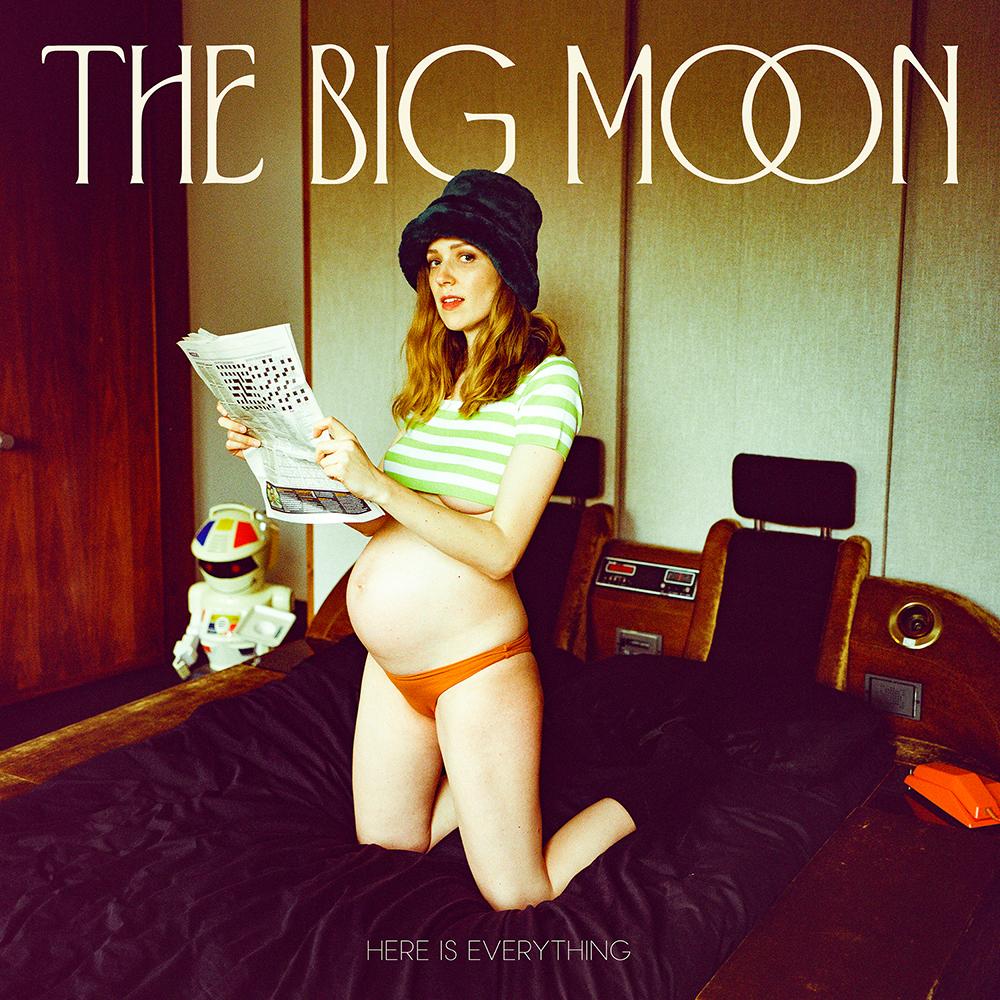 The Big Moon
Here Is Everything

Third album is smoother, but with some beautiful songs

London quartet The Big Moon seem like the most fun girl gang around, and this new album could be their most commercial yet, but that’s not necessarily a bad thing.

They’ve always had great pop nous, making shimmering dream-pop hooks which fuse seamlessly with anthemic indie. Here Is Everything is also a hugely personal record, focussing on lead singer Jules Jackson becoming a new mum to a little boy. She appears on the front cover, bump showing, defiant yet tentative in a hat and underwear. And, as is The Big Moon’s way, it’s a complex statement of intent: full of joy, but tinged with vulnerability and anxiety for the future.

It’s there in the closer Satellites, and single Trouble which is that tangy, poignant floorfiller they do so well. It’s tucked into the gorgeous, country-tinged and nocturnal This Love wherein Jackson sings, “paper to glue, you stick to me”. But elsewhere, lyrics take on the difficulty of becoming a new mother: terrible morning sickness, and post-birth exhaustion.

It’s both Jackson, with her warm, intimate vocals and wild, versatile drummer Fern Ford, who are central to the band’s appeal, and their song writing just seems innate. There’s also great synth work from guest musician Jessica Winter on chiming synth. It’s not perfect by any means (Daydreaming is a little by numbers) but in the main, widescreen cinematic songs like these are charming enough to keep you company on darker, longer nights. Girl gang auditions surely await… Form an orderly queue.