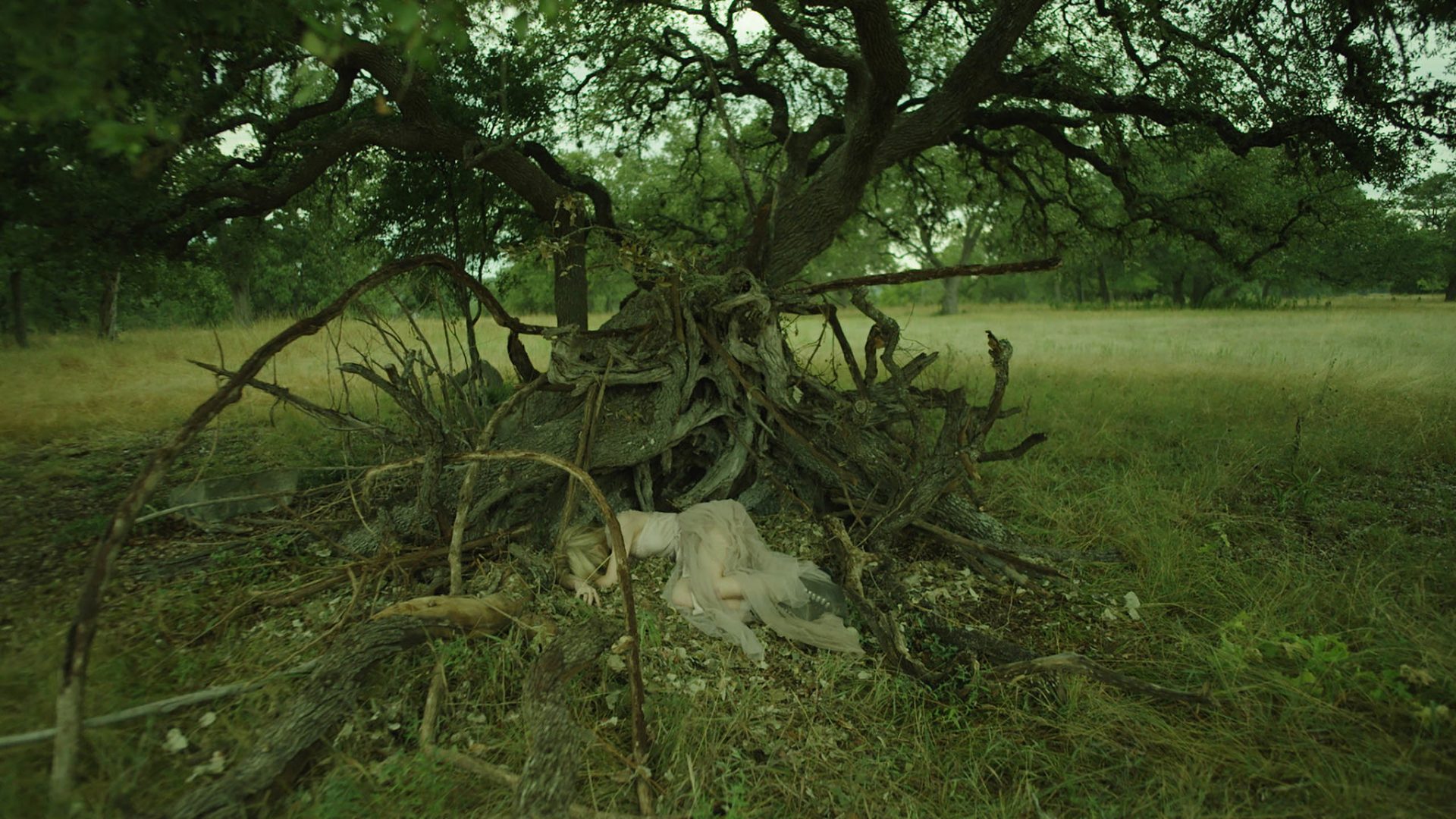 Nightmarish vision of what overcoming personal grief looks like

The first time we meet Margaret, she’s a carefree six-year-old frolicking in the firefly-laden meadow behind her parent’s cavernous mansion with her twin sister, Lizzie. But despite idyllic appearances, all is not well with the family; her mother and father are too busy tearing into one another to supervise their children and Lizzie, unattended, tumbles and drowns in their swimming pool.

Fast forward 20 years and Margaret is still understandably traumatised at the loss of her sibling and tantalised by visions of an ominous man (played by an Udo Kier exerting the most exaggerated of his powers) who beckons her into an even more ominous looking wormhole. During a rare visit to the family home to help her parent’s pack up and move, Margaret sees the man and his portal once again and decides to throw caution to the wind in pursuit of her deceased sister, whom she believes to be trapped in limbo and in urgent need of rescue.

Kier’s creepy gatekeeper plays upon those fears, offering Margaret the chance to reunite with Lizzie if only she can obtain three keys to the door which bars her escape. Margaret is now faced with a nightmarish mission across arid deserts, through the angst-ridden corridors of her mind and a crumbling facsimile of her family home. The set design, cinematography and lighting are put to excellent use here, with Margaret’s personal hell painted in the most lurid of colours. The vividity of the artist’s imagination is rendered with impeccable skill, leading us into a twisted fantasy world where her deepest insecurities and fears are brought to light.

As well as proving her an able screenwriter and director, Carlson Young also puts in an emotional performance in the role of Margaret, as well. As her dysfunctional mother and father Vinessa Shaw and Dermot Mulroney are also on form, with Shaw given particular opportunity to flex her credentials as the clingy, unhinged mum on the brink. Kier clearly relishes the freedom to do what Kier does best, bringing his unique brand of freakiness to proceedings, while the story itself shows the broad brushstrokes of its influences in the shape of Alice’s Adventures in Wonderland and  The Princess Bride in its narrative, but with the darkness and depravity of a Tim Burton or Guillermo del Toro slathered over all.

Such a recipe sounds like it could only end in sensational success, but for all the ambition and imagination that The Blazing World shows, something feels off. Its biggest downfall is a lack of connection between Margaret and the audience, despite the obvious pain she’s going through. It’s perhaps the fact that the viewer never actually believes her mission can end in success and thus never fully invests in it, so instead of waiting with bated breath to see how things play out, it feels more like going through the motions and ticking off the checklist of goals to arrive at a foregone conclusion.

There are problems with the film’s consistency, too; an earlier scene where Margaret confronts a prominent proponent of the type of theories that fuel her delusion feels rushed and isolated in comparison to the rest of the movie, providing not enough context or exposition to justify its inclusion. It’s the same with a sojourn to a stylish but soulless bar with some of the friends of her youth; the scene itself is interesting and the performances of the actors contained within engaging, but it adds virtually nothing to the plot and feels like it’s been transplanted from a different picture altogether as a result.

So while there is certainly room for improvement in ordering the vibrancy of Young’s vision into a format more digestible, meaningful and emotional for her audience, there is plenty here to get excited about. As a debut feature, it’s a fantastic and fantastical trip into the annals of her mind, but expect plenty more to come from this talented young woman in the future.