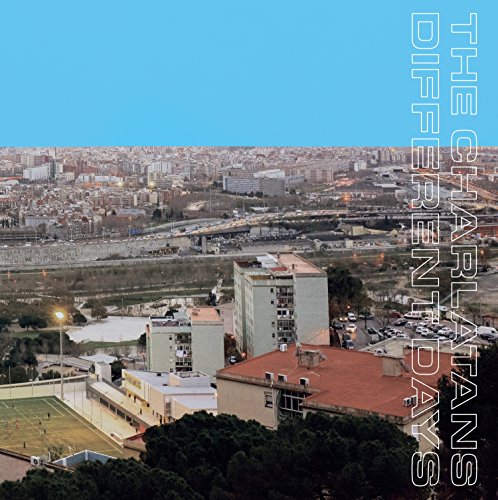 Having experimented with a plethora of different sounds over three decades, The Charlatans’ newest album opens in progressive fashion, with a song aptly illustrated by its title – Hey Sunrise.

Initially reminiscent of 90s Britpop, with a solitary acoustic guitar and Tim Burgess’ somewhat raspy vocals, the tone is immediately upended by the inclusion of a synthesiser, giving a more modern feel. The vocals seem to narrate a story through repetitively sung words and, as the instruments and layers build, the listener can’t help but tap the nearest object or bounce their foot along rhythmically to the uplifting musical developments.

Backing vocals are provided at various points in the album by Nik Void (of Factory Floor). These sublime harmonies give a rounder tone to the songs, pleasantly satisfying the ears of the listener. This, and the accompanying pulsating drum-line, rhythmic chord transitions and futurist-gothic undertones of the keyboard mean the second track of the album is evocative of psychedelic-synth Los Angeles band Mini Mansions.

This hit indie-rock jolt is suddenly tamed by another spoken word track, however. Again ominously poetic in its delivery, the text seems this time more personal, as if reciting a journal, but begs the question: is it too soon to have another spoken piece?

As the album progresses, the listener is greeted by more experimental and unusual sounds: dissonant chords, pumping bass guitar grooves, vibrant vocals, and clear synth-pop influences. The tracks are certainly energetic, finely tapering into the instrumental Setting Sun which signals the nearing resolution of the album. Spinning Out makes a reflective, and in some ways lugubrious, climax to the album – a modern slow dance for our time. However, resolving the otherwise minor key song with a final major chord leaves the listener in anticipation of an ungiven answer. Maybe leaving something to fulfil with album number fourteen?

Throughout the record, Different Days displays a rich tapestry of influences, with thanks due to contributing artists such as Void, Marr and Paul Weller. Large instrumental sections – common to The Charlatans and this genre of music – allow fantastic musical conversations between different portions of the band. The lyrics of the songs could be more adventurous;  however, the spoken word tracks are innovative – a welcoming break from perpetual sound. An interesting listen for those exploratory modernist nostalgists out there, if there is such a thing…