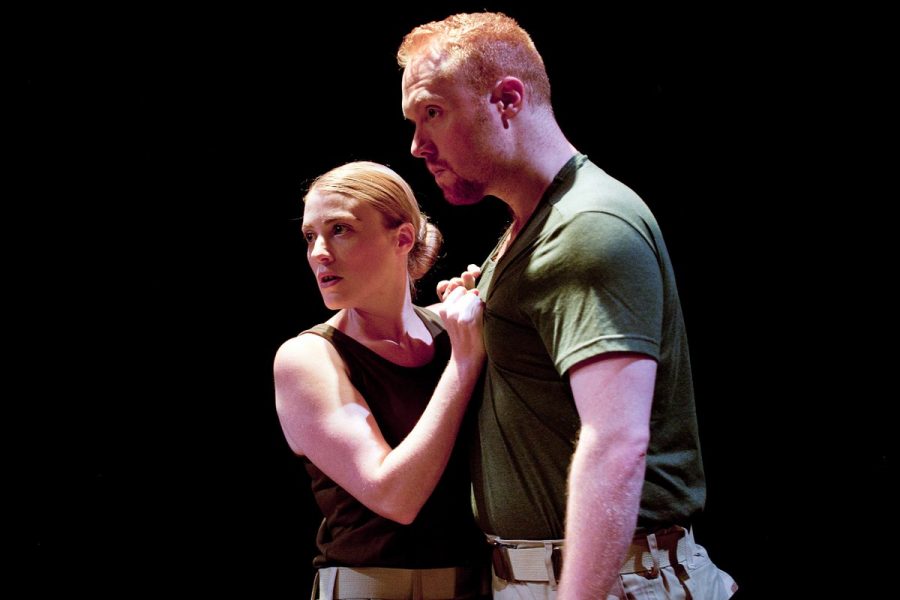 Horrors and humanity of occupied Iraq brought vividly to life

At times harrowing and disturbing, it is politically on point, but moreover offers a commentary on the darker realities of human nature. There’s a depth to these characters that helps us understand their situations and actions. And despite it being based on events from thirteen years ago, the themes of terrorism, brutality, asylum and injustice are as alive and relevant as ever in our current culture. Alongside this, writer Henry Naylor manages to inject a good deal of witty lines, adding just enough light relief and, more importantly, emphasising the normality and relatability of the characters.

The cast bring in strong performances, but Olivia Beardsley’s is particularly notable. Her portrayal of Sergeant Foster, an ambitious but empathic young interrogator, is startlingly real. And the acting needs to be good, because this piece carries no gimmicks. A bare stage with only three stools, lit by three overhead light bulbs is the full extent of the set. Yet the very well-crafted script and emotive performances enable us to be transported by visual imagination, to many different settings. We never even see the central character of whom everyone speaks and around whom the story revolves, yet we feel as if we have met him.

While there are entertaining moments, this is by no entertainment for its own sake, but rather an insightful and challenging piece of theatre. The focus leans to the more depressing facets of human nature and the seeming futility of the efforts of those who would try to work for a greater good. There’s no feeling of uplift or hope as the audience leave, mirroring the sense of inevitable hopelessness in the situations of the characters.