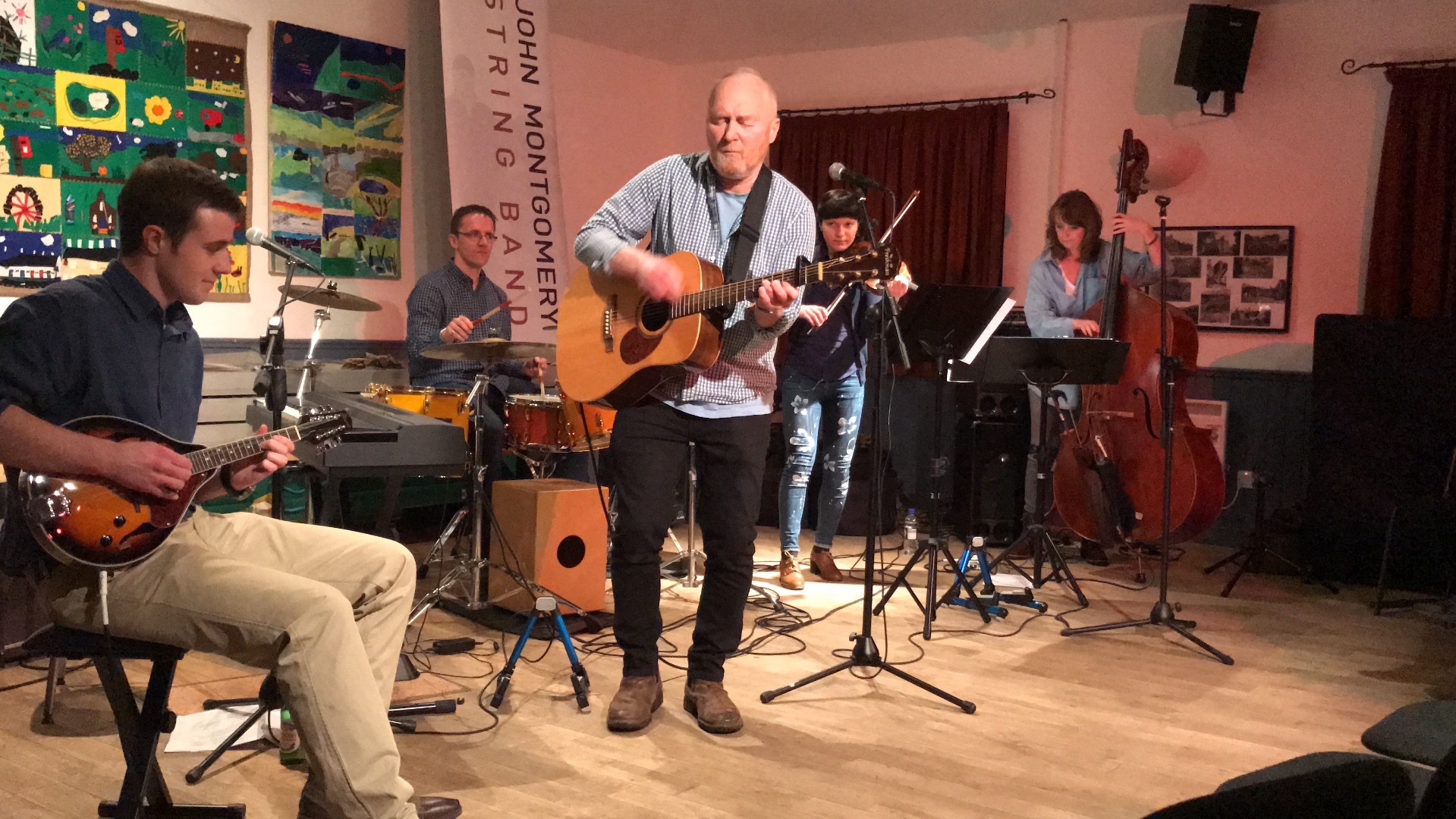 The John Montgomery String Band return to the Fringe this year, playing songs from their first album, Falkland Hill, released last summer, along with a few new tracks from their forthcoming album.

A decent crowd gather at a balmy Surgeon’s Hall for this opening performance and are clearly caught up in the music. It’s compulsive foot-tapping stuff. There is a mixture of fast, upbeat songs, opening with one called Other Side which indicates that this is going to be an pleasant hour. There are a few slower, more reflective ones but what is most evident is that this music is uplifting and people are enjoying the show, even participating at times.

The group of five has been together for two years and have played a variety of gigs around Scotland, including last year’s Fringe. Montgomery is the singer/songwriter of the group (vocals/piano/guitar) and an accomplished musician whose main influences are Billy Joel, Sting and Paul Simon, although some of his songs and voice are perhaps reminiscent of Phil Collins. His compositions are a blend of rock, Americana and alternative and tell stories of love and life amongst the coastal towns of North East Fife, where most of the band come from. May Halyburton plays double bass, Joanna Stark is on fiddle and vocals, Duncan Smith on drums and Louis Tarvet on guitar and banjo.

The band play one instrumental piece called Going North and Montgomery tells the audience it’s about a journey he made north in the snow. The music reflects the autobiographical subject matter and Joanna Stark excels on the fiddle, adding a fitting, Scottish folk feel to this track. Her harmonies throughout also work well. John’s banter keeps the evening fun and light-hearted and the band is very tight and clearly experienced.

Their next album is due to be recorded this winter. This is 55 minutes well spent and you’ll feel all the happier for having been there!