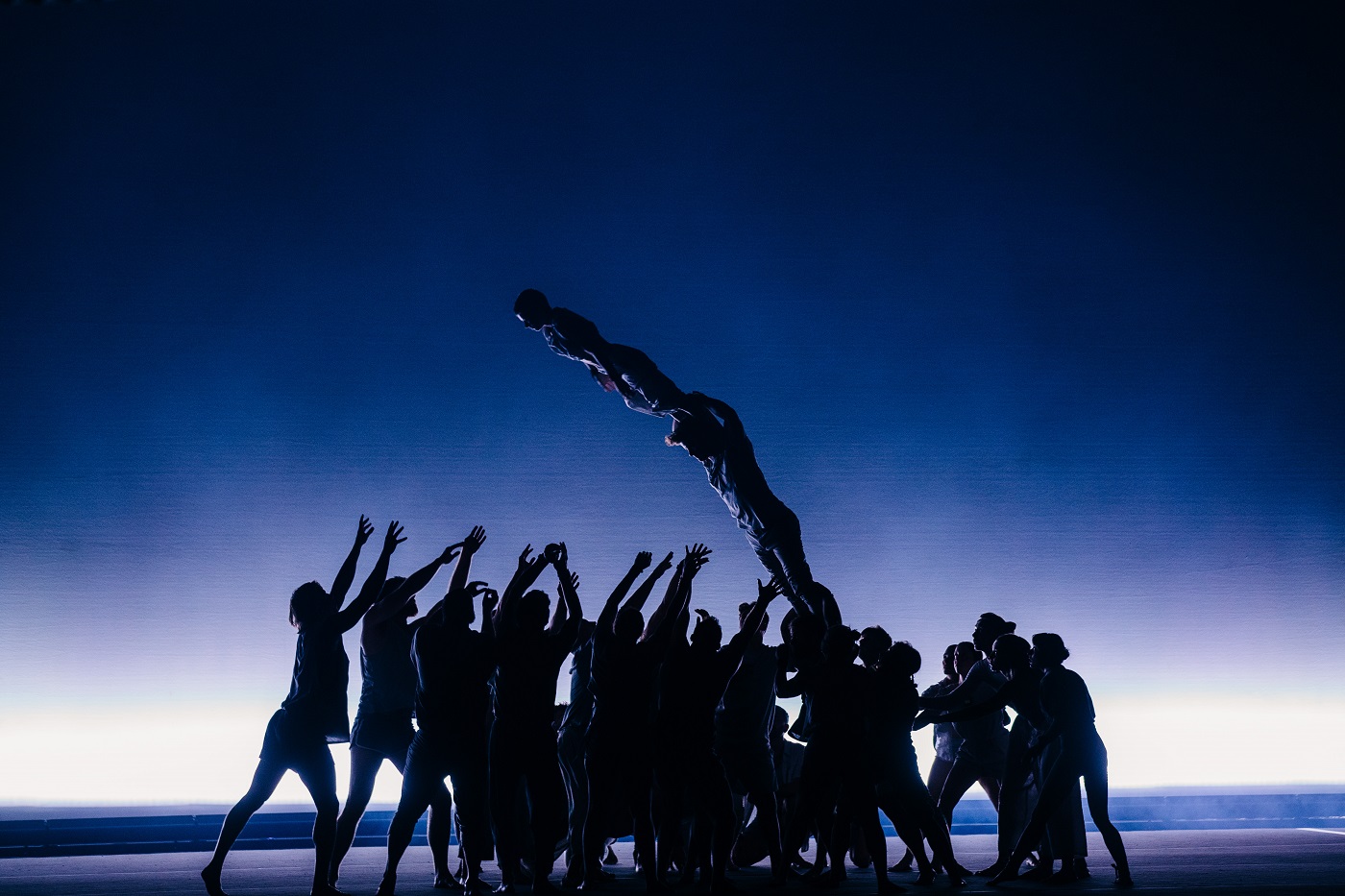 The Pulse with Gravity &amp; Other Myths and NYCOS at Edinburgh Playhouse. Image: Andrew Perry

In The Pulse, voice and movement combine to form a pulsating 75 minutes which takes the audience from moments of true appreciation for the feats of the human body, and its beauty, to moments of gasping, jaw dropping fear lest it should go wrong.

The National Youth Choir of Scotland (NYCoS) in black and Adelaide based acrobatic troupe, Gravity and Other Myths, dressed in grey, weave in and out of each other as they take to the stripped-back stage, wings removed, showing the performance in its raw form with nothing to distract. As they weave in and out of one other they start to create something so magical as to hold the audience spellbound.

“They are just humans”, one of the NYCoS singers says as she narrates what seems to be her (amusing) stream of consciousness as The Pulse begins to take shape. Eventually with everyone in place the voices begin counting in rhythmic fashion and so begins an acrobatic performance so beautiful you could be forgiven for forgetting that they are just humans.

There is a lightness to every move as the company use each other to create fascinating structures with their bodies – structures which can be added to, moved across the space, leapt from and ultimately descend again to show, yes, we are just humans; each individual and yet far more powerful and impressive together.

And this togetherness flows too from the singers who provide a haunting soundtrack to the acrobatics on display with music composed by Ekrem Eli Phoenix.

In the Director’s note about the show, Darcy Grant, explains how this work, in many ways so simple and yet in others so complex, was born from the COVID-19 pandemic when the company, who rely on human touch, were forbidden from it and had to rebuild when they were able to come together once more. This backdrop only makes it more powerful, more pulsating, more perfect.