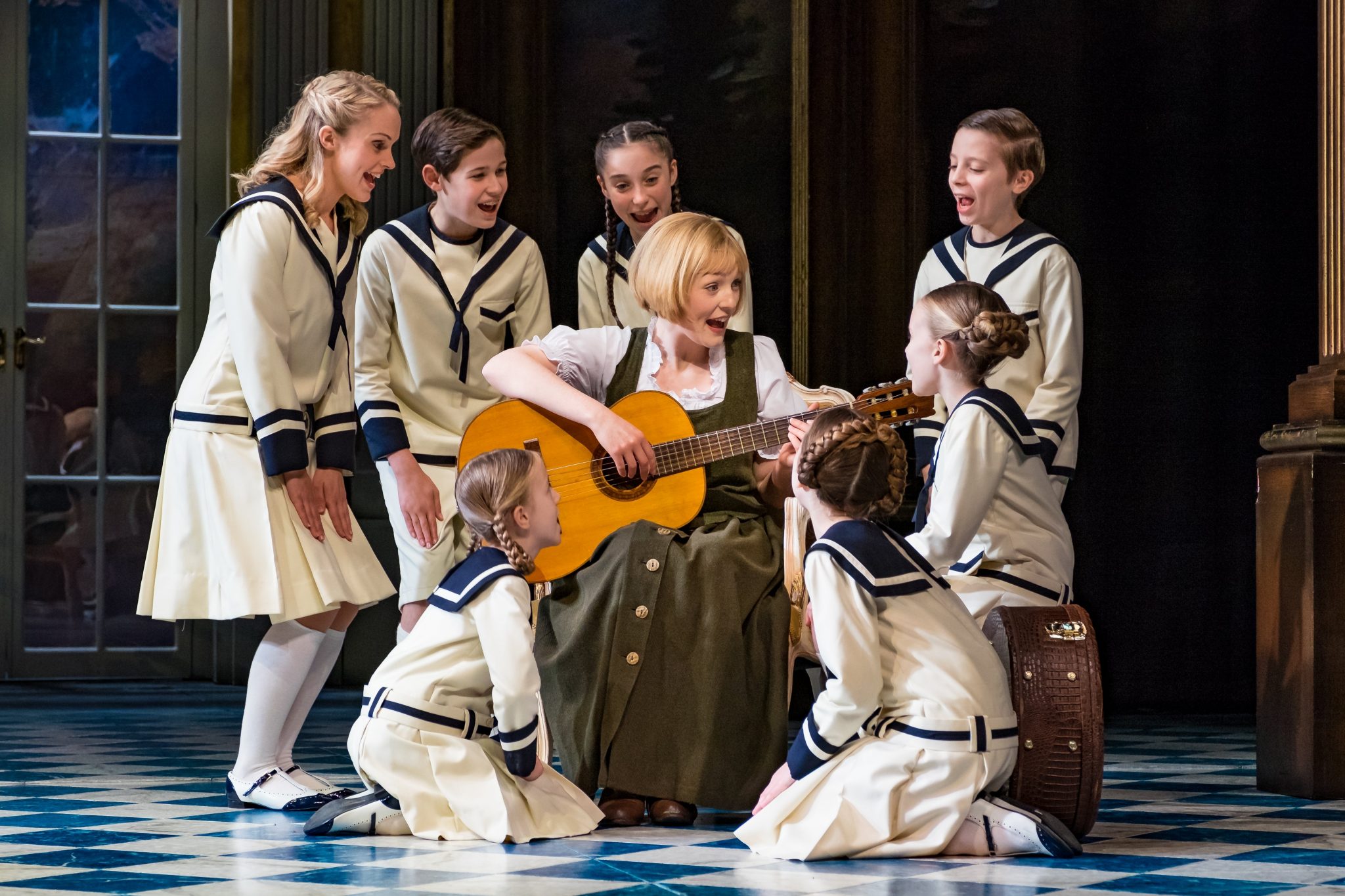 The Sound of Music

The sound of this music thrills the King’s Theatre audience

There can’t be many who don’t know the basic outline and at least a few famous songs of musical behemoth The Sound of Music. The multiple-record-breaking show returns to Glasgow and the King’s Theatre is packed with children and older patrons who seem equally familiar with the lively characters and peppy showtunes.

Of course, The Sound of Music has been cemented in popular culture thanks to the 1965 Hollywood film, but really began its triumphant life six years prior to that on Broadway thanks to superstar writing duo Rodgers and Hammerstein. Those audience members (overly) familiar with the film will quickly notice both the striking similarities and interesting differences between the two versions here and there. Entire chunks of dialogue are almost identical and the characterisation of the key players is immediately familiar. Interestingly, though, signature tune My Favourite Things debuts much earlier in the stage production in a close moment between Maria and her Mother Superior, helping establish their bond. The thunderstorm scene where we might have expected that song then uses The Lonely Goatherd to bring Maria and the children together. Two other lesser-known but fun songs — How Can Love Survive? and No Way To Stop It — are also woven into the adults’ scenes, giving the Captain a little more musicality and the chance for the Baroness’s character to be fleshed out, even if her less favourable traits are emphasised.

In this touring production, Lucy O’Byrne is an endearing Maria who plays the part with naivety and Julie Andrews-sweetness, and Megan Llewellyn, playing Mother Superior, fills the King’s Theatre with her operatic vibrato and earns elated applause from the audience as the curtains close on Climb Ev’ry Mountain. TV star Neil McDermott might border on exaggerated soap acting at times with his take on Captain Von Trapp but generally conveys the emotionally distant father well, particularly in the first half of the show.

The plot works even if it is clichéd at points or if emotional transitions seem hasty (the Captain breaks off one engagement then proposes to Maria in the space of a scene) and the looming Nazi threat that rumbles to a dark fruition in the second act brings with it a new, daunting atmosphere to engage the audience.

However, the winner is in the title. It’s the music that brings childlike joy and warmth to everyone. It’s impossible to hear So Long, Farewell or Do-Re-Mi and not grin.  Throughout, the melodies and choruses are simple, familiar, gleeful and even rousing at the climax of each Act. The audience are certain as the curtain closes: The Sound of Music is one of our favourite things.