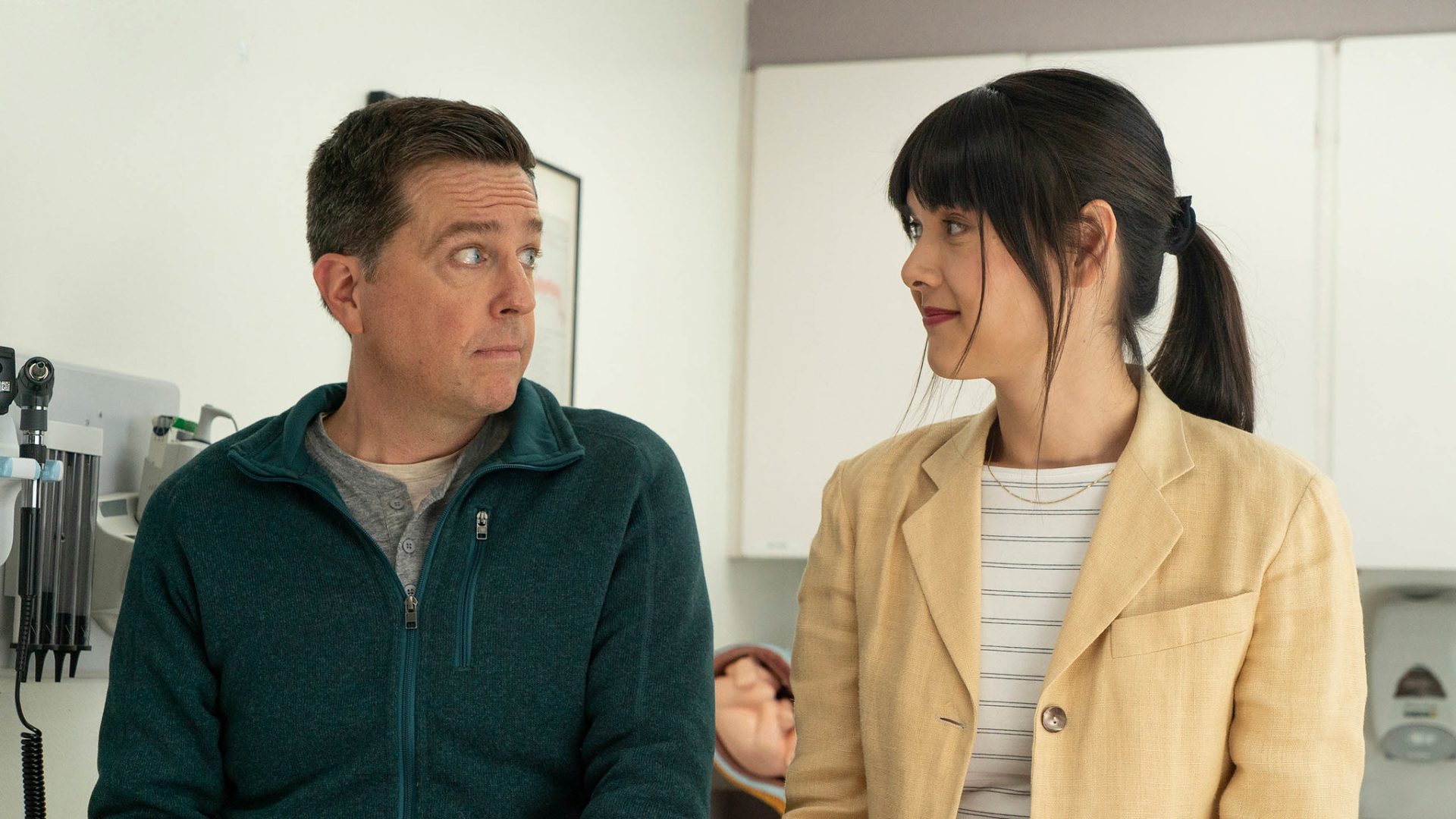 Non-romantic romcom follows a wannabee single dad and his surrogate

Matt is a 45-year-old app developer who, after a failed marriage and with few prospects for a new partner to birth him a child on the horizon, decides to enlist the help of 26-year-old barista Anna as a surrogate. She’ll get the financial backing she needs to finally enrol in the college course she missed out on due to an unplanned pregnancy in her teenage years, while Matt will get the baby he so desperately craves to take his life forward. And, along the way, the pair of them might just find the companionship and compassion in one another that’s been missing from their lives thus far.

Together Together, the second feature from director Nikole Beckwith, is a tricky animal to pigeonhole. Although it looks like a romcom, reads like a romcom and sounds like a romcom, it’s completely devoid of romance. Indeed, Beckwith goes to great lengths to distance herself from the kind of intergenerational relationship that seems to be on the cards from the outset here with an ad hoc attack on the very concept of such a union, somewhat clumsily shoehorning in a snipe at Woody Allen films (and the man himself) to hammer home the point.

So what, then, are we left with? A mild comedy about a platonic relationship, that’s what. Further subversions of the genre are found in the shape of the foregrounding of the male biological clock, defining an alternative kind of masculinity and introducing the concept that a single, cis male would want to have a child on his own at all. These are all worthy attempts to bring a new angle to well-trodden ground, all the while highlighting some interesting and underexplored concepts in the process. It’s to the film’s credit that it continually resists the temptation to progress Matt and Anna’s relationship from a platonic to a passionate one.

But while that might please those looking for an innovative take on the traditional romcom, it’ll surely not satisfy the genre’s meat-and-potato enthusiasts. On the other hand, the entirety of its edge is contained within those premises, so it runs the risk of being a little bland as a result. Patti Harrison is excellent at balancing out Ed Helms’ infuriating affability with her easy-going but occasionally acerbic quips, while further support is provided in the shape of her airheaded oracle of a work colleague, played with slack-jawed pretentiousness by Julio Torres.

To its credit, the script is certainly capable of delivering up the occasional zinger, normally from the lips of Harrison or Torres. At the same time, it’s also guilty of some rather shaky exposition at times, with Matt’s increasingly controlling behaviour never once called out as the slightly creepy approach that it is and Anna’s bizarre lack of friends her own age glossed over with equally unconvincing treatment. The fact that they’re even spending so much time together in the first place appears suspiciously like a plot contrivance for the first half of the film, though the gentle intertwining of their affections is handled with greater care as the narrative matures.

That’s just as well, because the film’s finale does a great job of tapping into that building emotion with an impeccable closing shot that outshines all before it. It’s not enough to elevate the movie into the upper echelons of its chosen genre – whichever genre that actually is – but the novel ideas, gentle pacing and sporadically on-the-money humour make it an enjoyable and undemanding watch all the same.