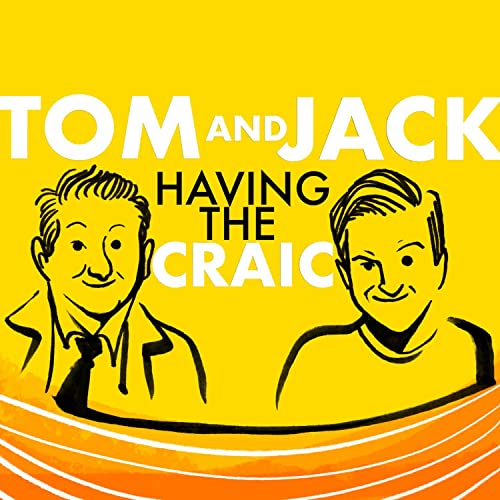 Tom Henry, Jack Hester
Tom and Jack Having the Craic

Comics Tom Henry and Jack Hester have teamed up for a stand-up double-hander at this year’s Fringe. Before they join us, though, Michael Porter is tonight’s compère and does a stellar job of engaging the room in preparation for our headliners. He banters with us and cracks jokes at his own expense as much as ours, covering his home turf – Norther Ireland – and creating running jokes with the crowd that he returns to when closing the show later. It’s a great warmup that lifts the spirits of the modest crowd and he soon introduces us to Hester, who takes over for the first main section of the show.

His set darts around from topic to topic, beginning with home stories from Ireland that have us laughing straight away. He then moves on to politics, commenting on how unrelatable many politicians are and taking some spot-on cracks at the Tory party. A couple of jokes on Theresa May and David Cameron might feel a little bit outdated now, but they still earn chuckles here. A section on dating has a great feminist edge as Hester points out some shocking statistics and claims that if he was a woman he’d hate men. Pleasantly, there are no last-minute misogynist punchlines and it makes for an effective mix of well-plotted humour with some thought-provoking observations.

The set begins at lightning pace, as Hester rattles through stories like an expert, getting us to payoff after payoff quickly. Eventually he slows a little and creates a more intimate feeling as he lowers his voice, drawing us in for more surreptitious gags.

Henry then takes over, beginning his section with a routine about his time at school where he felt different to others thanks to his voice and background. He has a tendency to punch down to peers who saw him as either posh or gay or both and this edge of condescension doesn’t always land. The set continues to focuses on his cherub-like appearance with some funny anecdotes and he soon moves onto dating experiences, including his unique time spent living in New York for five years. He draws comparisons between the UK and the USA and is a talented impersonator, mimicking some Americans he encountered and highlighting their ridiculousness.

This half of the show is more uneven, though, with some punchlines that don’t always win laughs from this audience and segments that run out of steam too early. However, Henry’s delivery is punchy and upbeat throughout and he does well to power through undeterred. Both comics also use the room to their advantage and engage in crowd-work to forge connections and build in some extra off-the-cuff remarks about occupations and home countries etc. It’s fairly standard but it seems to work tonight.

Henry and Hester are both talented comics. Perhaps some sections could be edited more finely but it’s generally an entertaining hour.