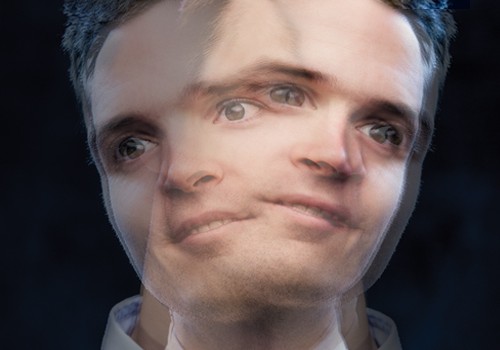 Tom Walker is a clown. But not the kind who wears massive shoes, baggy trousers and make-up. Rather we meet with a curious character who instead wears a massive fake beard, office style button up shirt, brogues, mismatched socks and little sports shorts. Immediately there’s the sense that we’re in for some fun and a recognition that we, the audience, are going to be very involved.

Despite the absence of dialogue from the majority of the show – he does speak from time to time, but often in monosyllables and a comedy voice –  Walker has his audience laughing from beginning to end. Most of the humour comes from his finely tuned facial expressions and physicality. His movement is fascinating to watch – a dance-like fluidity merges with a Mr Bean-like awkwardness.  It’s not executed in silence either, as he coaches us to respond audibly to certain cues and adds his own array of noises and the odd musical track.

The whole act is entirely surreal and daring in its audience engagement (at one juncture Walker even appears to have his fingers in someone’s mouth), but there’s a warmth to his persona that puts us all at ease, even when he amusingly confiscates someone’s noisy plastic bag of bonbons half way through. Moments in his show do set teeth on edge though and his extreme impression of a baby’s birth is neither easy on the eyes or ears, so might not suit everyone’s sensibilities. His “impressions” are indeed a particularly surreal element and very original –  including his depiction of a kettle and invisible magic tricks, which draw plenty of incredulous laughs.

This is the charismatic Australian’s debut Edinburgh show and it offers plenty of absurd fun. It does aid the enjoyment to arrive game for a bit of participatory silliness, but even if you don’t, with Tom Walker’s infectious mischief and comedic powers of persuasion, there’s every chance you soon will be.