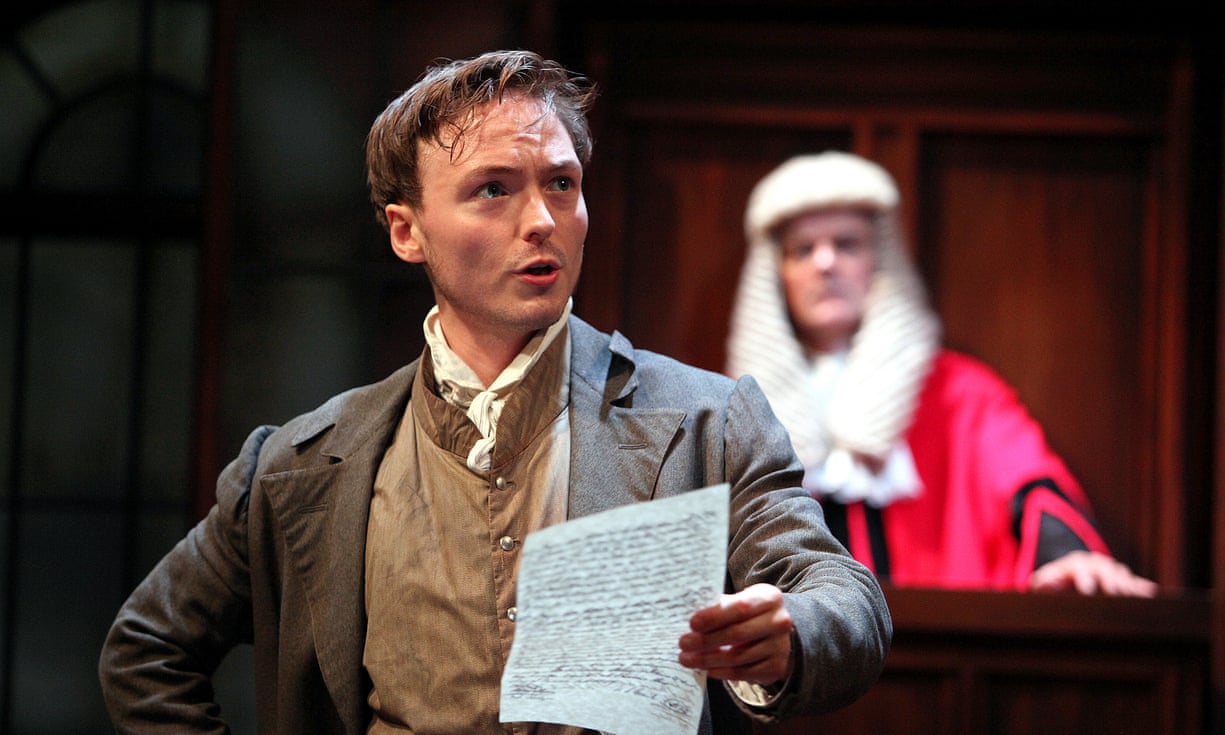 A love-letter to 19th-century satire that struggles to translate to stage.

There’s an unfortunate irony in giving two stars to a show about freedom of the press. Ian Hislop and Nick Newman’s Trial by Laughter tells the story of William Hone, a 19th-century writer and bookseller whose legal battle against the government for the right to poke fun at them became the stuff of legend. Well, a legend familiar to fans to the history of comedy, but perhaps that is exactly why Hislop and Newman thought that it was ripe for theatrical treatment.

The writing – and even some of the performances – have a warmly familiar Ben Elton-esque tone, as well as the aesthetic and glee of the satirical comics they so fondly celebrate. A flashback to a time Hone apparently broke wind in court is made funny only in how much it resembles a cartoon. Sadly though, it is bogged down by its content, and the inescapable intricacies of the time period and the trial. The jokes are few and far between, with half of them needing to be explained in agonising depth, and a further quarter not landing. Take a flashback scene in which Hone (Joseph Prowen), incarcerated and unwell, is visited by a seductive revolutionist, Mary Oliver (Rosa Hesmondhalgh), in an attempt to frame him for conspiring against the government. It’s easy enough to see why it should be funny, however ultimately it becomes such a chore to follow what each of them are saying amidst Hesmondhalgh thrusting her bust into Prowen’s face that all the comedic potential is lost.

During the court procedures themselves, it’s rather like being at a party of historians and lawyers and trying to understand the in-jokes. Even so, there are some enjoyable performances. Prowen is charming in the role, with a naughty school-boy attitude to the strictness of the court, and Dan Mersh’s Lord Ellenborough is an amusing and satisfying, if somewhat generic, villain. Unusually, during those scenes set in the court, the audience are addressed as the jury, which replies back via speakers around the auditorium. Occasionally they get a laugh when heckling the judge, but for much of the time, they act as a distracting and slightly indulgent laugh track like something out of a sitcom.

In the end, Trial by Laughter suffers from the same issue as many a boundary-pushing modern comic; being too occupied with fighting for its cause than actually being funny.