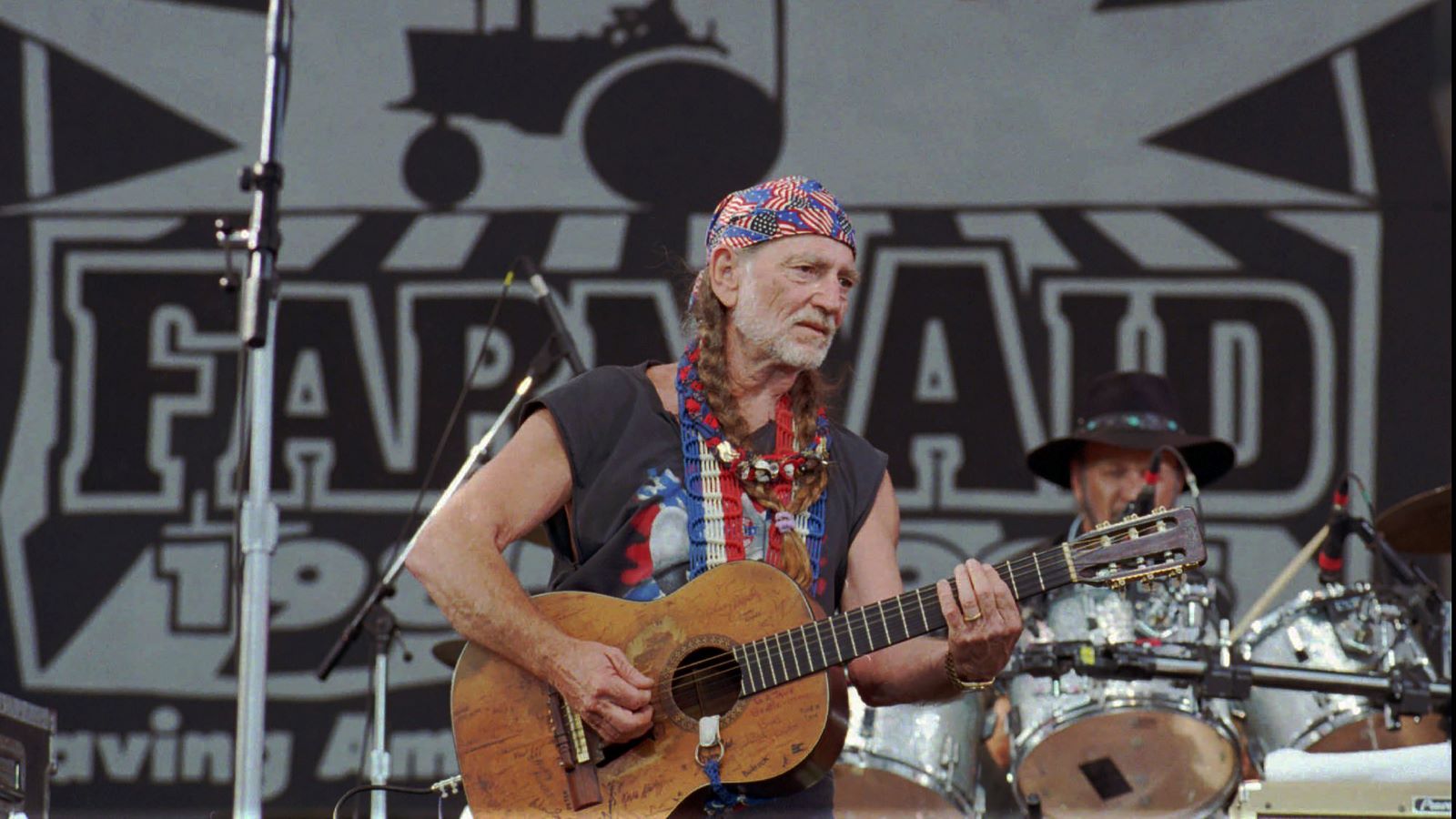 With a career spanning seven decades and a legitimate claim to be one of the few artists to have transcended genres and trends to become something of a global treasure, it’s surprising that there hasn’t been an authorised documentary about Willie Nelson until now. Oren Moverman and Thom Zimny’s exhaustive series spends five episodes and over four hours painting a sober but always affectionate portrait of the country icon as he approaches his 90th birthday.

Willie Nelson & Family traces his early years being raised by his grandparents in Abbot, Texas through to his position as one of the most famous musicians in the world, and going through such trials as the death by suicide of his son Billy in 1991 and his assets being seized by the IRS after accruing a $32m tax debt. His story his told through the standard mix of archive footage, new interviews with the man himself, and a mind-boggling array of friends, family, and famous collaborators and fans. Among the luminaries appearing to wax lyrical on the man and his music are Dolly Parton, the late James Caan, Shelby Lynne, son Lukas Nelson, harmonica player with The Family Mickey Raphael, Kenny Chesney, and Willie’s wife Annie Nelson.

Structurally, Willie Nelson & Family is as you would expect. The five episodes are split into chronological chunks across Nelson’s life and career, with each lasting to the logical end of the section, rather than reaching for uniformity of length. Interestingly, although much time is spent on Nelson’s unfeasible success – along with his status as a uniting figure between music tribes, and a lifelong activist – a lengthy second episode is particularly compelling viewing as it digs into the early stages of his career. The clean-cut, besuited young man is almost unrecognisable as Willie Nelson as we know him, but this episode does a great job of depicting his struggles with record label RCA, who were trying to force Nelson’s troubadour seeker persona into the cookie cutter Nashville sound. Nelson was an instant success in his native Texas and a sensation wherever he played live, but it never translated into sales until the release of Red-Headed Stranger in 1975, his 18th album.

It’s in this section one begins to get the measure of the man and the steel in his character that is often hidden by the amiable demeanour and the clouds of dope smoke. It’s also where the filmmakers start to dig into some of the man’s more troubled side. Nelson himself is candid on past failings as a husband, and archive interviews from his three ex-wives are woven into his own telling of events. Still, the result is one of rounding out a legendary figure into complex, flawed humanity. A monster he evidently isn’t.

From there, episode three sees him go stratospheric with Stardust, and then four takes on a strange, almost Richard Linklater-type hangout vibe as it recounts Nelson’s impressive versatility and his ability to coax anyone he admired into duetting with him. This is the most purely enjoyable episode, swaying to an easy charming rhythm and filled with amusing anecdotes such as the meeting between the unlikely pairing of Nelson and Spanish cantante melódico Julio Iglesias.

The timing of the documentary couldn’t have been better. One of the key contributors is Nelson’s sister Bobbie, a constant anchoring presence for him personally, and perhaps his most important musical collaborator for over 50 years. Her frequent insights go far beyond the admiring anecdotes of most of the interviewees, probing into some trickier aspects of their past that the man himself may be reluctant to go. Her unique perspective is poignant enough, even if the viewer was unaware of her passing at the age of 91 in March last year. With that knowledge there’s a frequent sting both whenever she’s onscreen and in the many moments Nelson expresses his love for her. The effect is not dissimilar to that caused by the dying June Carter Cash’s beatific gaze towards husband Johnny in the overwhelming video for ‘Hurt’. It feels like a blessing we’re not forced to witness Nelson’s reckoning with this loss.

Willie Nelson & Family is likely to satisfy both long-term fans and those with just a smattering of knowledge of his music and the weight of his legacy. While it’s far less idiosyncratic than its subject, it’s breadth and scope can’t be faulted. Nor the can the quantity and quality of people willing to give up their time to share their memories of Nelson. It may gloss over some of the more troublesome aspects of his past – to be expected as an authorised document – but it stops short of hagiography, and the warmth towards Willie Nelson as a person seems to be genuinely earned. An involving and often moving portrait of an extraordinary man.