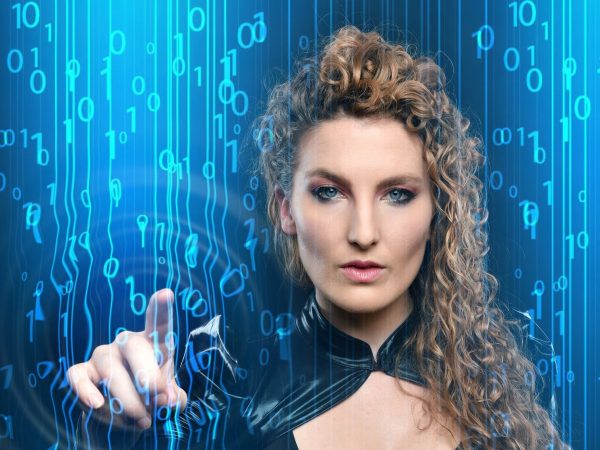 We catch up with the acclaimed Australian comedian and podcaster.

Alice Fraser is an award-winning comedian and podcaster.  She is bringing her fourth solo show to the Fringe, and is a frequent guest and co-host of the iconic Bugle podcast; as well as the host of Tea with Alice and co-host of Troll Play with Cal Wilson and Sami Shah.  She has a penchant for both poetry and punnery in her comedy, combining the smart and silly to great effect.  We asked her about her new show, podcasting, and her ambitious performance of all three of her previous shows in one evening.

Can you tell us about your new show?

How do you go about writing a show that deals with such a big subject?

The same way you would eat an elephant; one joke at a time!

How do you find the comedy in such topics?

Well I think you have to prepare yourself for failure, and you start out knowing that you’re going to fail and the the jokes are in the trying and failing really.

It’s something you’ve touched on in previous shows and in your podcast (Tea with Alice); this year a lot of shows are going to be looking at the impact recent events like the #MeToo movement have had on women.  Do you think these events have had an impact on the comedy industry?

I don’t really know.  I think at the moment it’s all nice and positive, and people are more careful about what they do and say.  Whether this works out in the end, we’ll have to give it some time and see if it sticks; if it’s just a fashion for treating women a little better or whether it’s a real thing.

You’re a fairly prolific podcaster.  What is it about that format that appeals to you?

No one tells you what to say, or how to say it!

How did you get involved in The Bugle?  When you’re guesting, your style feels like a natural fit with Andy Zaltzman.

I’ve been a fan of The Bugle for a long time and Tom Wright, who was the original producer of The Bugle, now runs the podcasting arm in Australia of ABC, the national broadcaster.  He came along and saw my show in Melbourne a couple of years ago and liked my stuff, so when Zaltzman asked who would be good for The Bugle, he put my name forward.  So it was luck to be in the right place at the right time; and then not shitting the bed so they asked me back!

Are you doing any of the live Bugle episodes that will be on at the Fringe this year?

You’ve recently performed The Trilogy, all three of your previous shows [Savage, The Resistance, and Empire] in one evening, and you’re doing it again in a few weeks [Sun 1 Jul at Museum of Comedy, London].  What made you decide to attempt something like that?

I didn’t think anyone else had done it; three one-hour shows in one three-hour show.  I know people have done trilogies before but none were as stupid as I was.  There was something Everest-y about it, and also they work as one long story.  They followed on from one another as I wrote them.  I wanted to see for myself as if they would work as one long show.

When you were coming back to revisit the older shows, did you notice how your writing had progressed over the years, and were you tempted to rewrite or tweak any of the material?

Certainly in the second and third shows weirdly I was more tempted.  The first show was so deeply personal and of its time, that even the bits that aren’t the funniest were important.

What for you are the best and worst things about the Fringe?

The best thing is it’s like being in a fairy city.  A place that only exists for one month a year.  It’s like nowhere else on Earth, having all these incredible artists in one place.  The energy of the city is phenomenal and you can see the most incredible performances across comedy, burlesque, music and theatre; it’s just mind-blowing and it’s a fairy tale.  It’s a place created by everyone’s agreement that it exists.

Running between shows desperately.  Trying not to read reviews of yourself.  Stressing about ticket sales.  The fear of failure, the fear of sinking, unseen in such a vast ocean of incredible performances.

Do you have any Fringe recommendations, particularly any acts you feel deserve more coverage or attention than they would normally get?

I would say probably Laura Davis, who is a friend of mine.  She’s an Australian who is doing her second year.  It’s called Ghost Machine, and it is phenomenally good. You’ve got to see it, it’s incredible.

Being that your show is really interested in technology and how we are as humans, are you an optimist or pessimist in terms of what these technological advancements mean for humanity?

Both!  I think they will bring out the best in humanity and they will bring out the worst in humanity.  On one hand all this technology is fulfilling; the vast scope of human history has been towards understanding each other better and speaking to each other.  Also, at the same time it lets people be mean to people who they never would have even heard of in a previous age.

Photograph is copyright of Steve Ullathorne.