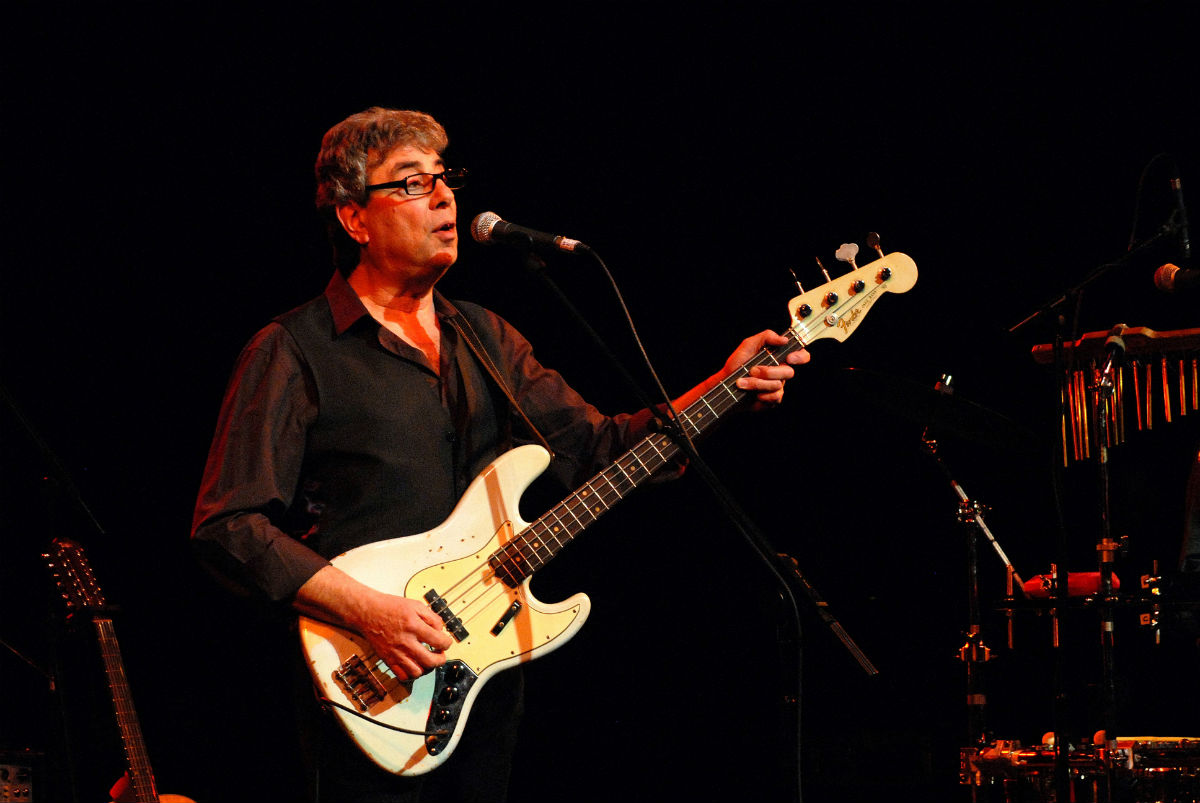 10cc man talks to The Wee Review as he looks ahead to his gig in Glasgow.

If there is a band that defines British pop in the 70s, it has to be 10cc. Catchy, quirky, fun, sophisticated, they crafted some of the most memorable songs of the period and influenced generations of musicians that followed in their wake.

At the heart of the band was an extraordinary array of song-writing talent, including Graham Gouldman, who brings the current line-up to the Royal Concert Hall, Glasgow, on Friday 15 March.

“10cc was perfect for me,” says Gouldman. “For all of us really. We had our own studio, we sang, we produced, we played, we did everything ourselves. That contributed to the way we worked together, it was just great chemistry,” he says of the line-up that included Eric Stewart, Kevin Godley and Lol Creme. “That’s so important, it’s something that you can’t plan. The chemistry was great because we were all quite different, we all brought something different to the table and together it worked very well.”

“Between 1972 and 1976 there was a period when I considered that God was in the band,” he continues. “It just seemed that everything we did was good. There was never a time like that and we kept it up for a long period. I’m Not In Love is quite famous for its production but there has to be a good song at the heart of it all.”

If Gouldman was known only for his contribution to 10cc, that alone would surely be enough to make him a music legend, but by the time they first hit the charts in 1972, he had already written some of the most memorable songs that shaped the soundtrack to the 60s.

He was just 18 when For Your Love became a top 3 hit for The Yardbirds in 1965. Heart Full of Soul (#2) and Evil Hearted You (#3) quickly followed, establishing Gouldman as one of the brightest young talents in a golden era for rock and pop. More hits for The Hollies and Herman’s Hermits were among a catalogue that cemented his reputation and still feature regularly on the radio today.

“Yes,” he laughs, “I hasten to say that I was very shocked to think of how many decades I’m drawing these songs from!”

After making his name as a songwriter, was there an added satisfaction in being able to perform his own songs on stage as part of 10cc?

“Oh yes! I didn’t want to be a rock and roll star, or anything like that, I just wanted to play the guitar in a band, it was a beautiful thing to do – and still is. 10cc was born in a studio making records, so it was a bit of a shock to us the first time we went out and played live, which was at the Isle of Man.”

“We came on stage and all of these fans were screaming and we didn’t know what to do! We were completely taken by surprise. We expected people to listen to what we’d spent hours and hours and hours working on, but they were just screaming all the time and it was odd.”

“It worked brilliantly for a long time, but for Kevin and Lol (who left the band in 1976) it became a bit of a treadmill, a constant cycle of writing, recording, rehearsing, going on the road, then starting again.”

“To me, that was everything I’d ever wanted! It was absolutely brilliant, not a problem, at all. But Kevin and Lol felt they weren’t being stimulated any more, and began work on their own album. 10cc were big enough, we could have taken a year off. We hoped they would come back when they were ready, but it didn’t happen. Eric and I carried on and we were successful but it wasn’t quite the same.”

The set usually includes an interlude with Gouldman playing a brief selection of his earlier well-known compositions, such as Bus Stop, a huge hit for The Hollies, and which he reveals is his personal favourite.

“It was semi-autobiographical,” he adds. “Some songs are complete fiction and some a mixture of fiction and reality, with quite a lot of imagination.”

“I did used to take the bus to work every day before I became a professional writer. There is a bit of fantasy there but the bus stop was real. When I was inducted into the Rock And Roll Hall Of Fame, you have to perform one song and I chose Bus Stop.”