Bethany Leger tells the story of what is was like learning ballet as an adult.

They say it’s every little girl’s dream to be a ballerina. Though my mother put me in ballet classes as a child, I can’t honestly say I remember them. I do remember scraping my knees on the school playground, kicking a soccer ball around, and doing flips off the couch. I had a wild imagination and hunger for adventure. Though I was petite and fair, I was definitely more of a tomboy than a princess; pink tights and tutus never crossed my mind. It wasn’t until I saw the movie Center Stage at fourteen years old that my interest in ballet was piqued again. It would change my life forever.

When I expressed my desire to return to ballet, my mother figured it was just a phase I was going through. I was obsessed with Center Stage and watched it every day. In my defence, there was also a time when I was obsessed with Little Mermaid, but I knew I was never going to grow fins and drift away into the ocean. This was different. I was being exposed to a whole new world, to a fascinating craft. I quickly discovered I had very strong classical sensibilities that were lying dormant until now, and there wasn’t a doubt in my mind that ballet was what I wanted to do.

My preoccupation with the cinematic flavour of the month would eventually dwindle, but my passion for ballet would only grow. Unfortunately, the reality that I was not at the same level as others my age meant I had an uphill battle to wage. The mid to late teen years are when most ballet students are being primed for professional careers, so when I showed up, they didn’t know what to do with me. The first dance school I enrolled in had no choice but to relegate me to a class of third graders. I was no doubt the butt of many jokes, but I was determined to pave my way in the profession even if it meant I had a somewhat embarrassing start.

After a few dead end semesters, I transferred to a highly reputable pre-professional ballet school in town that developed a class specifically for students like me who had little to no experience – teen ballet. I’m eternally grateful for that class since it helped me to play catch-up and successfully bridge the gap between being a complete novice and having a viable chance of running with the best of them. Again, it was a widely held belief that teenagers and adults couldn’t be serious students, or at the very least, they wouldn’t be given much attention. It was no small achievement then, that by the end of the year I had reached two major milestones: dancing on pointe for the first time, and being asked to join the school’s apprentice program.

A year later, I received a scholarship to college and danced full-time in their dance department. I took classes beside other enthusiastic adults and performed in many productions. I thrived on the collaboration of this niche community and contemplated subsequent steps I would need to take in order to establish myself in the industry long-term. I loved to dance, yes, but I discovered that my purpose in the profession would extend beyond the stage. Over the next decade, I would accomplish more than I imagined I could as an adult dancer.

In addition to actually dancing, I bulldozed my way into the ballet scene, acquainting myself with the ins and outs of everyday operations. I brazenly called box offices as “press” and was given free tickets. I created a blog where I then posted reviews of all these performances. Through intense networking, I was eventually able to score interviews and tours with world-class dancers of ballet companies I had admired for years, including the companies and businesses that were featured in Center Stage. In 2010, after a few teaching stints at local dance studios, I took on my most rewarding job yet; I returned to teach at the recreation centre where my mother put me in ballet classes as a child.

Teaching at the recreation centre was a significant career move since I fiercely believed in equal opportunity for a more racially and socio-economically diverse demographic. As a child, and even as a teenager, almost all my classmates were privileged whites. By the time I called the shots, the polar opposite was true; African American, Asian, Hispanic, and Middle Eastern students were the majority, and I was making quality ballet training affordable for the masses. Caucasian dancers and the financially well-to-do were welcome, of course, but my mission to give other ethnicities and the disadvantaged a presence in the ballet community had come to fruition.

Today, I am actively spearheading the education of adult ballet dancers globally. I founded the website BalletForAdults.com in 2014 to demystify longstanding stereotypes and prejudices against mature, older dancers. Just because an adult dancer doesn’t pursue a professional performing career it doesn’t mean they’re a lost cause. To all adult dancers out there, and youths who don’t quite feel like they fit in, this is what I hope to impart: if you love what you do and you’re brave enough to fight the odds, you too can be a game changer.

Bethany Leger taught ballet for 7 years in Dallas, TX. She is the founder of Ballet For Adults, a site dedicated to educating adults about ballet. 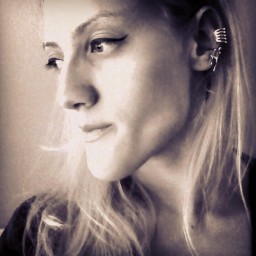 A little gem of a film that’s sad, a tad sentimental but never maudlin