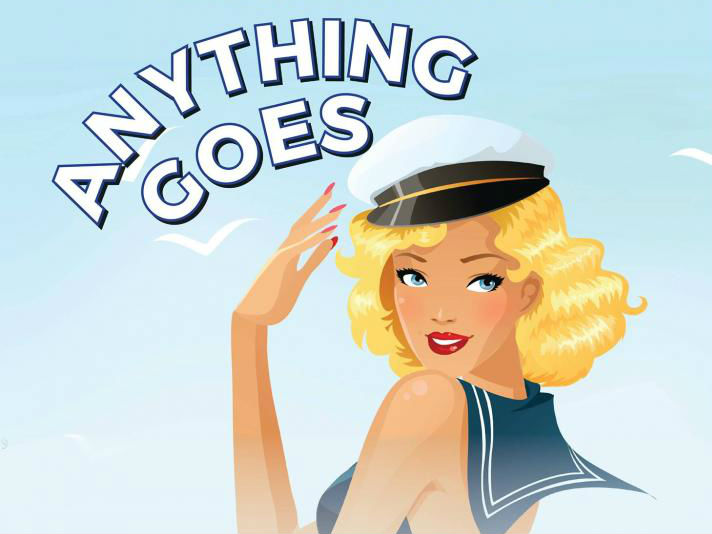 “In olden days, a glimpse of stocking was looked on as something shocking now heaven knows…”

Musselburgh Amateur Musical Association (MAMA) are presenting the toe tapping Anything Goes at the Brunton Theatre this week, until Saturday.

The show was originally produced on Broadway in 1934 and, despite enduring 92 years, 3 rewrites and countless revivals, appears to have stood the test of time. It has become a popular production for amateur companies with catchy tunes, such as I Get a Kick Out of You, You’re the Top, and of course Anything Goes becoming musical theatre favourites. MAMA want to bring this to a new generation of musical goers and show that, despite the years, the songs of Cole Porter can still delight the crowds.

Established only 17 years after the opening of Anything Goes, MAMA have established themselves as a quality musical company and have been bringing entertainment to East Lothian for decades. The current cast have been dusting off their tap shoes and rehearsing with gusto for this madcap romcom aboard the SS. American in the hope that they’ll have you giggling in the aisle with Porter’s jazz standards stuck in your head for days.

With the rise of the popularity of the musical, Edinburgh and the Lothians has developed a thriving amateur scene with increasingly high levels of talent and a sense of fun that comes from people doing this out of the sheer love for it. Nowadays, in many cases, it can be hard to distinguish the differences between amateur and professional performance. So, if you are at a loss this week then why not support your local performers who not only have to learn some complex tap routines, but also have to go to their day job when it’s all over.