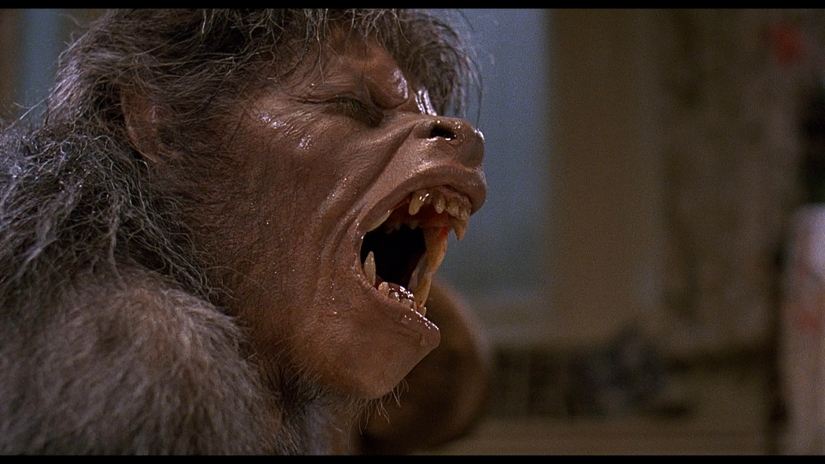 If a four-day horror marathon wasn’t enough to get seasoned gore-hounds turning cartwheels, the excellent Dead By Dawn festival is celebrating its 25th year in 2018.  Once more taking residence in cinema one at Edinburgh Filmhouse (popping corks itself for its 40th anniversary), the jam-packed schedule of new premieres and established classics features guest of honour, genre great John Landis.  He will be hosting screenings of his films Innocent Blood and the legendary An American Werewolf in London.  He will also host a double bill of James Whale‘s Frankenstein and Bride of Frankenstein.

The Festival will be kicking off in a quieter fashion on Thursday evening with FW Murnau‘s silent masterpiece Nosferatu, with a live piano score by Forrester Pyke.  This is followed by Innocent Blood and the first of many premieres, South African psychological horror Siembamba  (The Lullaby).

To open Friday we stay in the Southern Hemisphere for the Scottish premiere of Luke Shanahan‘s Rabbit.  This is followed by the Frankenstein double bill, and the first of four collections of short films.  What You Make It is the loose theme binding these tales of the unusual.  Director Mike Peterson will be in attendance for the UK premiere of Knuckeball.  Friday is rounded off with an unusual screening of Sam Raimi‘s Evil Dead II; a taste-along in conjunction with Conjurer’s Kitchen.

Saturday kicks off with the second of the short film programmes, It’s Your Funeral.  As it suggests, this is a strand about the end of life experience, some undoubtedly more pleasant than others.  Director Leo Scherman has worked with David Cronenberg so his WWI-set frontline shocker Trench 11 will be full of queasy body horror.  In the third collection of shorts, Not in Kansas Anymore, Filmhouse promises “the gamut of WTF moments”, which is a bold and enticing statement.  This is followed by Landis-introduced screening of An American Werewolf in London, a work not short of WTF moments in its own right.  Expect this to be a centre-piece of the entire weekend.  Next up is documentary Spookers, about a family-run scare park in New Zealand housed at a former psychiatric institute. Director Florian Habicht has real pedigree, having previously helmed rock-doc Pulp: A Film About Life, Death and Supermarkets, and Spookers promises a portrait some of the kindly souls dedicated to scaring the bejesus out of the park’s patrons.

The final day opens with Dave Made a Maze, a surreal fantasy horror sure to blow away any cobwebs.  The last short film programme is all about animation with 2D & Deranged, featuring the work of celebrated clay-wrangling madman Lee Hardcastle.  You may have seen is work in the ‘T is for Toilet’ section of the anthology ABCs of Death.  A trio of bullies get their just desserts in Giddens Ko’s Mon Mon Mon Monsters, here receiving its Scottish Premiere.  We shall see if Peruvian zombie comedy Aj Zombies is as entertaining an entry into the field as Cuba’s Juan of the Dead was a few years ago, and the final premiere of Dead By Dawn is Ryuhei Kitamura‘s (Versus, Midnight Meat Train) Downrange, involving the most hellish carpool you can imagine that doesn’t involve James Corden.  The festival concludes with a double bill of under-appreciated gems; Jorge Grau‘s The Living Dead at  Manchester Morgue, from 1974, and Rupert Everett plays Cemetery Man in Michele Soavi‘s 90’s living dead nightmare, Dellamorte Dellamore.

Festival passes are available for £90, or tickets for individual screenings can be purchased separately.