Climb into bed with a stranger and undress sexuality stereotypes with Sexology Season at The Arches.

Sexology Season, in collaboration with Wellcome Collection, has arrived in Glasgow, and is here to burn taboos and talk about all things sexual. What do we talk about when we talk about sex? And how comfortable are we with making our privates public? This festival aims to make the uncomfortable comfortable as visitors are encouraged to undress their minds and explore what sexuality means to them. The Arches is playing host to this weekend festival of exhibitions, performances, films and music workshops, allowing people to observe, question and discuss themes of gender, sexuality and feminism.

Sexology Season is an education and exploration into the interdisciplinary study of human sexuality, helping people to recognise, accept, and celebrate the differences that divide us. Gender identity is already a dominant part of culture in Glasgow, and this is reflected in the content of the pieces being presented. Rosana Cade’s interactive performance, Walking:Holding, brings sex and the city to life as it leads attendees through the streets of Glasgow, hand in hand with local strangers. Explore Glasgow as you walk through carefully designed paths, with new companions on an intimate level. Understand relationships and accept the differences, as local participants become your performers and partners.

Intimacy barriers continue to shatter in Pillow Talk, as you climb into bed with someone far removed from your usual type. Ask the questions you were always scared to ask your own partners, reveal embarrassing moments, or simply lie with one another, sharing the company of an unfamiliar face in an unfamiliar space.

Sexuality and gender stereotypes, female pleasures, masculinity, and sexual health are just some of the themes that are at the foundation of the weekend’s performances. The festival’s programme is set to provoke and satisfy curiosities whilst providing a comfortable space to instigate discussions that are too often silenced by a conservative society. 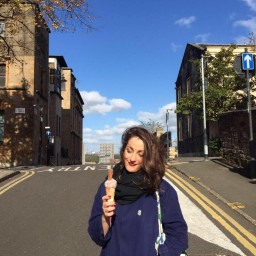