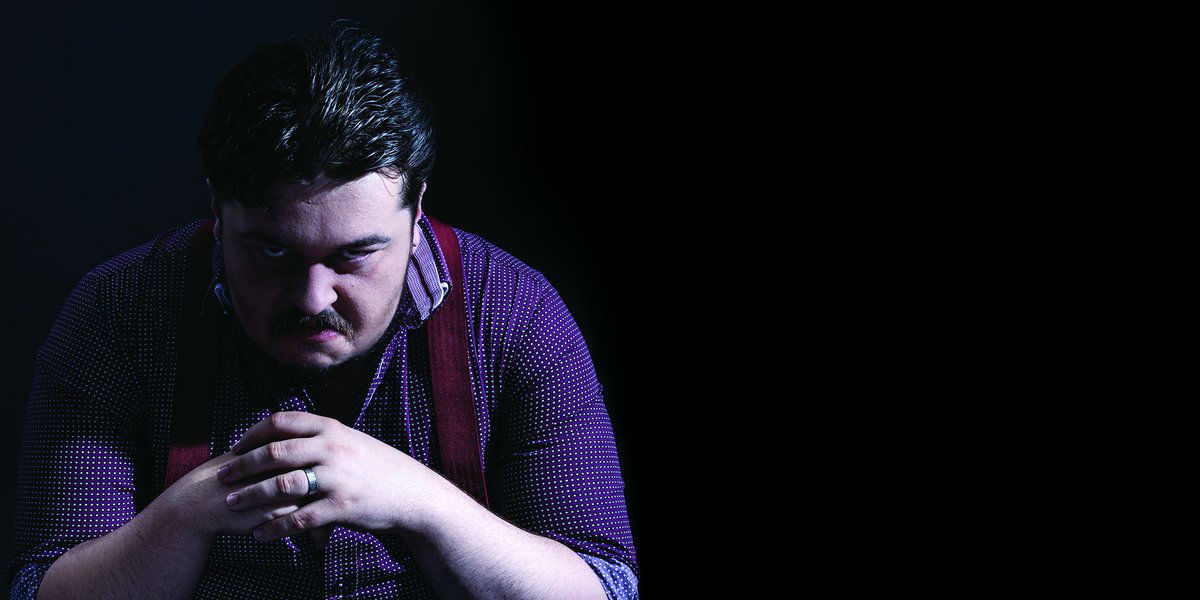 Louis Mellis and David Scinto’s 44 Inch Chest is redolent with echoes of their previous work. Both wrote Sexy Beast and Gangster No. 1 which bristle with Mametesque misogyny replete with repeated phrases and interconnecting dialogue full of half-thoughts and interruptions.

44 Inch Chest lacks the potency and perverse fun offered by those early offerings and the gradual and continuing transformation of society’s gender awareness and attitude to violence against women must in part be responsible for this production being the theatrical premiere.

With a central performance of stillness and reflection, Liam Willat’s Colin Diamond hulks on a box in the centre of the stage as he contemplates the aftermath of beating his wife Liz (Holly McLachlan) and the capture of her loverboy. Gathered round like cockney vultures are the assortment of characters that constitute his crew.

The most remarkable of these baying monsters is Lee Barden who perfectly inhabits Peanut, eagerly champing at the bit whilst his friend prevaricates and mourns the end of his relationship. An uneventful first act is executed with competence and the dialogue is handled well. Barden excels with his phrasing and enunciation of some of the more meaty and descriptive dialogue.

The second act introduces Loverboy and now there is a focus to the men’s rage as he becomes a prop on which the men can vent their anger. A story told by Meredith (Jake Williams) involves Loverboy becoming the side of a car or later one of his many conquests. Moreover, Williams provides some much needed light to the dark toxicity of the other men’s debate.

There is an obvious impediment when younger people portray much older characters but Out of Bounds Theatre acquit themselves well for the most part. The staging is minimal since the bulk of the piece unfolds in the house they have used to dispose of Loverboy and there is an efficient and broadly successful use of lighting to illustrate the transitions between locations.

Only during a flashback/dream sequence where Liz addresses Colin’s emotional inaccessibility do the restrictions of the venue and lighting affect narrative cohesion. The excision of a large section of the script also dilutes the building tension and diffuses the impact of the supposedly cathartic climax, but this is a serviceable adaption by a capable and talented company.