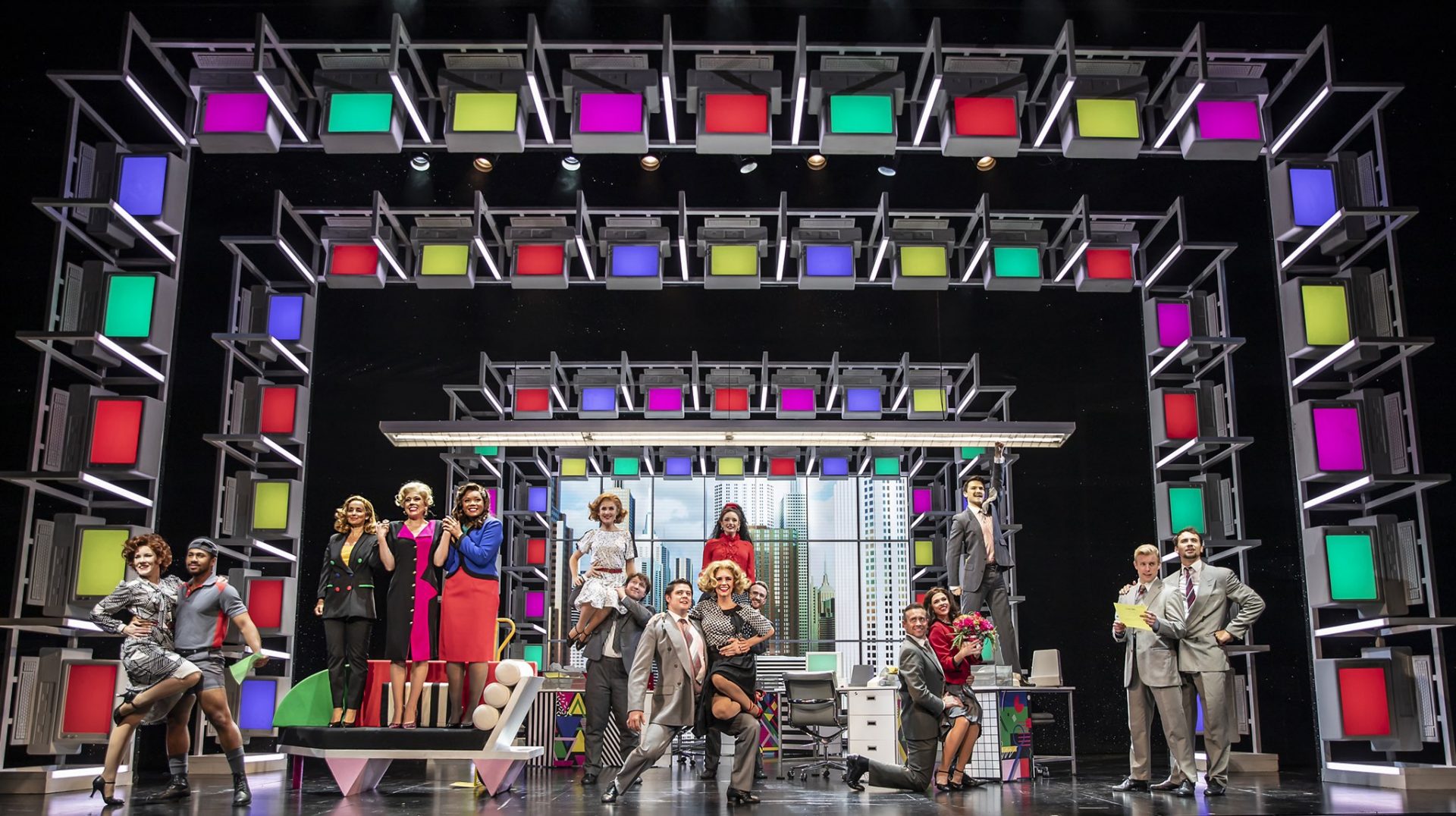 To quote from the show itself, Eden Court Theatre was “as busy as an asshole at an asshole convention” last night. The UK tour of the musical phenomenon that is 9 to 5 is visiting the Highlands, en route to Plymouth, Southend, Oxford, Glasgow, and elsewhere through to Spring 2022. If this week’s show is anything to go by, it will tear up every venue. People are undoubtedly hungry for the return of live theatre, and this is a show for our times – brash, full of innuendo, and great fun. Its famous narrative of women’s battle for gender equality in the hostile world of 1980s corporate America proves deceptively fertile ground for this engaging and witty show.

But this is no nostalgic romp. It is funny – even absurd at times – but the core message is as relevant now in the #MeToo era as it was in the original film with Dolly Parton, Jane Fonda and Lily Tomlin. The modern-day stage performers certainly live up to expectations – with both soloists and the ensemble packing a real punch – as we see the tables turned on executive sexism. Leads Violet (Sarah-Marie Maxwell in this tour stop), Doralee (Stephanie Chandos), and Judy (Vivian Panka) have great fun humiliating misogynist Boss Franklin Hart Jnr. (Sean Needham).

They all have their moments in the sun. Chando’s Backwoods Barbie induces our sympathy and admiration; its plea for understanding is well delivered. Panka hits the heights with the obligatory 80s power ballad, Get Out and Stay Out, which is a showstopper. Emerging from a toxic relationship with “the appropriately named Dick”, she epitomises the show’s New Woman theme. Julia J Nagle, too, pulls out all the stops as she vamps her way through Roz’s hilarious Heart to Hart. Needham plays to his male chauvinist stereotype as Frank, with no holds barred in Here For You (and indeed, throughout the show) – making himself an agreeable butt for all the mockery. Finally, as Violet, Maxwell is very likeable. Her songs, such as the lively Around Here and One of the Boys, are mostly performed in duets and trios, or with the full ensemble. Nevertheless, her vocal clarity and tone are impressive: she acts, sings, and dances with gusto and the assurance one would expect from a seasoned performer.

The leads are strong, the ensemble is superb, and the orchestra is first-class. Yet still, 9 to 5 is Dolly Parton’s show. The Queen of Dollywood – involved in the show since its 2009 Broadway debut – appears in a compère role through video clips above the stage. Dolly’s eight Grammy Awards say it all, and the quality of the material had the Inverness crowd buzzing and whooping – a rare feat! Broad and in your face, this production of 9 to 5 will charm and sashay its way across the UK to great acclaim. It has oodles of style and real 80s pizzazz.