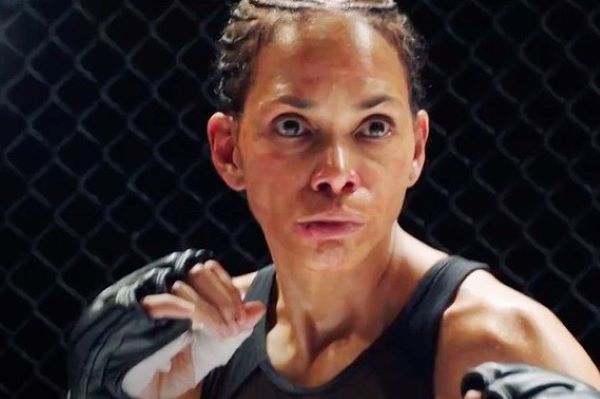 Solid, if somewhat by-the-numbers, film about a fighter's professional and personal journey

Four years after MMA fighter Jackie Justice (Berry) forfeited a major fight and turned her back on her career, working as a cleaner  and struggling with alcoholism whilst being haunted by reminders of her past glory in the ring. However, when Jackie’s pushy ex-manager boyfriend Desi (Adan Canto) forces her to attend an illegal underground fighting tournament, she catches the eye of promoter Immaculate (Shamier Anderson) who convinces Jackie to return to fighting. After beginning training under the sage advice of Buddhakan (Sheila Atim), Jackie faces a more personal challenge when her estranged son Manny (Danny Boyd Jr) comes back into her life. Having to combine a return to the ring with her responsibilities as a mother proves to be the biggest challenge for Jackie, but will she be able to overcome it?

Making her directorial debut, Berry shows that she has a solid grasp on the fundamentals of the ‘inspirational sports film’ genre that have been ever-present since Rocky. In particular, the fight sequences show an impressive knowledge of how to showcase Berry’s fighting ability as well as the intensity of the action without resorting to over-editing and stylised camera angles, which would otherwise obscure the action. Berry also manages to effectively convey the difficulties Jackie faces with raising her estranged son and dealing with Desi. Scenes showing Jackie trying to connect with Manny and look after him serve as a counterbalance to her struggles to get back in the ring and add an extra dimension to her journey.

In addition, Berry manages to elicit impressive performances from most of the cast, with Canto in particular skilfully depicting how Desi’s frustration at being seemingly side-lined in favour of Buddhakan and Manny turns into toxic abuse. Berry herself also gives her best performance since her Oscar-winning turn in Monster’s Ball, not only conveying Jackie’s fighting prowess in the ring, but also her vulnerabilities as she tries to overcome her alcoholism as well as her fears of motherhood.

However, Berry’s approach also has some shortcomings. She fails to do anything new with the genre – familiar narrative beats are simply reproduced with little new added or subverted. In particular, Berry often falls on cliches in order to convey certain emotions when a more subtle approach would have sufficed. A pivotal argument between Jackie and Desi is underscored with an instrumental violin rendition of Leonard Cohen‘s ‘Hallelujah’ that has the unfortunate effect of blunting the emotional impact of the scene by telegraphing what the viewer is supposed to feel rather than eliciting emotions in a more organic way.

Whilst most of the cast is effective in their roles, Atim sadly falls short, with her portrayal of Buddhakan lacking the intended power and influence that the character is supposed to convey and also coming across as muted in portraying her later vulnerability. However, part of the blame is on how the character is written, with Buddhakan coming across as a seemingly all-knowing mentor with easy solutions to Jackie and her son’s problems. Later character developments, such as Buddhakan revealing her vulnerability and her attraction to Jackie, feel tacked-on and unconvincing. The latter narrative thread in particular feels especially superfluous and unnecessary, especially since there has been no prior indication of the relationship between Buddhakan and Jackie developing in that direction.

Despite these issues, Bruised works as an inspirational tale of one woman’s professional and personal journey that allows Berry to flex her muscles – real, directorial and acting-wise.

Available in cinemas and on Netflix