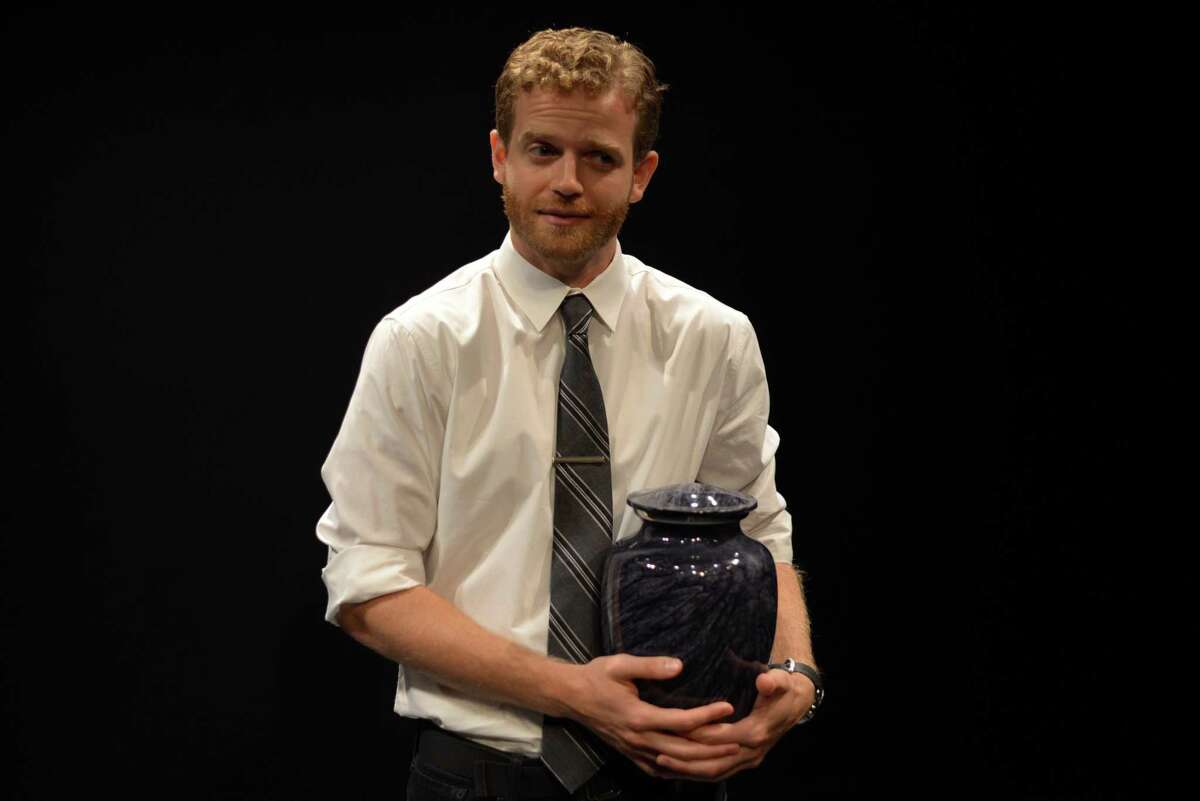 A Eulogy For Roman

Has the audience leaving with warmth in their hearts

It teeters, it occasionally has you questioning how much of its meandering is purposeful, but A Eulogy For Roman ends up a sweet, sentimental show which unites the room and has the audience leaving with warmth in their hearts.

The show’s jumping-off point is clear from the title. Roman is in an urn in front of us. His best friend Milo has brought him here to fulfil the pair’s long dreamed-of trip to Scotland, even if Roman hasn’t lived to see it. Milo now frets over how to pay tribute in front of strangers/future friends. He’s an anxious young man, and missing the confidence and support of his late friend who would have been able to ad-lib just the right words. We really would have loved Roman, he assures us.

At length, he rambles out episodes from the pair’s life in small town Pennsylvania – the scout camp, the school dance, the milkshake drinking competition – all occasions where Roman’s friendship proved valuable. He also shares with us the pair’s Life Points list – a kind of bucket list of fun challenges, of which this Scottish trip was one – which it now falls to us to complete by way of audience participation.

The life episodes are full of extraneous detail – overlong descriptions of locations, elucidation about a particular chain of diners. And the Life Points challenges seem an arbitrary mix of trivial activities. Bear with it. When the exact nature of the pair’s relationship becomes clear, it’s not so unreasonable that Milo rambles so nervously or that his challenges are such inconsequential little things.

Milo’s musing on loss make us realise what a sensitive soul he is. He fixates on the obituaries of strangers, saddened at their dreams unfulfilled. He also reflects on how every goodbye could be a final one. But this is not really a show about death. Nor is it about Western Pennsylvania, however comprehensive the tourist guide has been. It’s about friendship and connection and what matters is the warmth that’s building in the room. One presumes there’s only a thin veil between Milo and performer-writer Brendan George himself and, quietly, slowly, he’s brought us all together in a shared moment of love. It is the eulogy Roman would want.