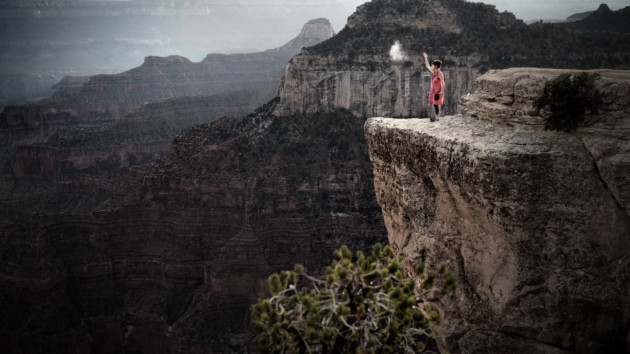 A Love That Never Dies

A tender and moving pilgrimage of two grieving parents.

On limited release in cinemas from Fri 18 May 2018

A journey – a real and a metaphorical one – unwinds before our eyes in the documentary A Love That Never Dies. With a strongly personal catalyst, it is the result of the work of two grieving parents, Jimmy Edmonds and Jane Harris, whose son died in a road accident in Vietnam. While coping with an indescribable pain, the two parents find a way to honour their son and save themselves, as they travel across the US and meet other bereaving parents, ending up in South-East Asia, where their son lost his life.

There is something shocking and yet therapeutic about this film: it is as straightforward and as honest as it could possibly be. In the realisation that tiptoeing around the truth and pain does not help, the directors make the decision of digging deep into their and other’s grief, with understanding, delicacy, and frankness.

It has the merit of not indulging in melodramatic tones but expressing every feeling without shame or fear. It is a straightforward piece because it has a concrete mission: to let it all out, in order to find some relief, in any form that comes to one’s mind – sharing the pain with someone else, laughing, Photoshopping old pictures, planting a tree, helping others and more prominently, putting a movie together.

The film itself is a process of healing that needs to be public because they need to exude their grief in order to survive and find themselves again. And here is the true force of this film: it explores the possibilities of changing the way we perceive and talk about death in a society that shuns away from discussing such a topic in a frank, honest way. Grieving people need it, and maybe we all do, because omething good can always be found if we embrace grief, accept it as well as fight it, and change because of it.

It has a straightforward structure – that of a road trip – which gives enough room to each and every story, each and every person. And if it sometimes feels visually inconsistent, that’s okay – when it comes to grief, we have the right to express it however we want.  A Love That Never Dies is a strikingly poetic film that has an impact on the viewer – a strongly human and positive one.