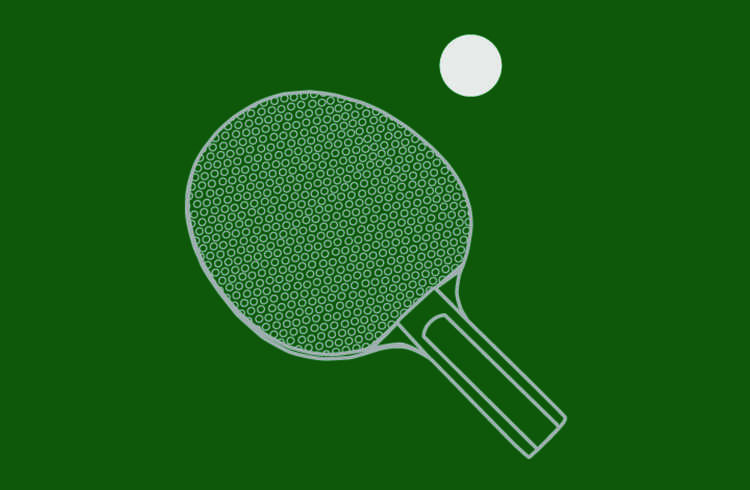 Relationship tensions batted back and forth

Cath, with the help of her partner, Callum, is clearing out a recently rediscovered old air-raid shelter at the home where she grew up. Nobody has been here for years, there is just a table tennis table, lots of old junk, and a host of memories. They are watched over by current resident Mia, a tennis prodigy about to leave the junior circuit for the main tour.

Something significant to Cath (Rosa Robson) has happened here and she is jumpy, sometimes reticent, sometimes inappropriately forward. She is full of imagination but struggles to persuade the others to play along, and the seven things game that she has invented is emblematic of her attempts to organise her free-flowing imagination into categories and engage with others. Callum (Euan Kitson) is that modern kind of man, desperately apologetic for any traits that could be considered masculine, trying so hard to always respond appropriately that he seems to lose the ability to act naturally.

Mia played with beautiful naivety by Beth Holmes is the catalyst for change, on the cusp of adulthood and big changes herself, her innocence allows her to inadvertently cut to the heart of things, telling Cath and Callum that they are the perfect couple, while her interventions reveal the chasms opening up in their relationship. In a series of awkward encounters, which can be very funny, the characters approach each other, connect and fail to connect, and frustration builds as they await Storm Helen and something to clear the air. As Beth points out, Cath is putting a lot of stuff in the ‘not sure’ box.

A pit filled with ping pong balls represents the junk, and much time is spent moving them from box to box, though as this takes place on the floor at the front of the stage, despite the raked seating, it can be hard to see what is happening. The games played on the table tennis table reflect their interactions, sometimes they play happily together, sometimes one does not engage, on other occasions, there is a wary batting back and forth of ideas.

Walrus had a huge hit with their debut, Lemons Lemons Lemons Lemons Lemons, and this is another play about the inadequacy of language and the difficulty of connection, but though Sam Steiner’s script is undoubtedly clever in its use of language, it foregrounds the other ways that closeness can happen – touch, shared activity, imaginative play.