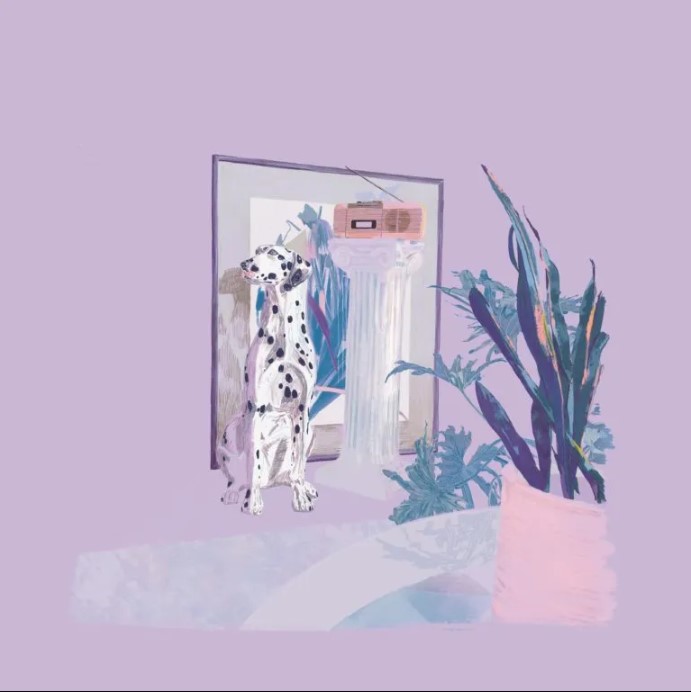 Oakland band mine the past, but have an eye on the future

As we enter a new year, it seems the trend for retro pop continues. From Oakland, California comes the dynamic duo Abracadabra, comprising Hannah Skelton on vocals and synth and Chris Niles on bass and synths. They’re a kind of party band with a sense of irony and a DIY spirit at the core. Their aesthetic may be day-glo, but there is an intelligence and awareness of cultural touchstones. They deliberately position themselves as outside of the indie mainstream, but it all feels inclusive: there’s never a sense of the band turning someone away for having the wrong haircut.

Shapes and Colors emulates the energy of art pop bands like Devo, ESG, and ZE Records artists like Cristina and The Waitresses, with the wry playfulness of Tom Tom Club. Imagine Keith Haring and Jean Michel Basquiat choosing a soundtrack to paint to in their studios, before heading to the Mudd Club. The sound flourishes when they sound like they’re not trying too hard, as with the wiry funk of In A Photo – sexily detached, with its teasing vocals and ambling bassline, it’s a clear highlight of the album.

It doesn’t all work. At The Zoo is a little grating; bubblegum pop that’s lost its flavour. But when they are firing on all cylinders, as with the title track, Talk Talk and Dawn In The Age Of Aquarius, they transcend all of their influences, and feel well rounded and future-facing. Above all, Abracadabra understand the flexibility of pop and how to paint outside its corners, without ever making a mess.